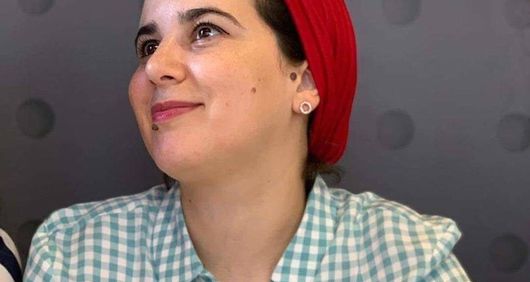 On 16 October 2019, following a royal pardon, Hajar Raissouni, her fiancé, and the doctor were released from prison after being sentenced to one year in prison for trumped-up charges of abortion and extra-marital sex. On 30 September 2019 Hajar and the other defendants had been arbitrarily imprisoned, in what was likely a politically motivated attack on Hajar for her journalistic work at newspaper, Akhbar al-yaoum; in a blatant violation of the rights to freedom of expression and private life.

On 16 October 2019 Hajar Raissouni, her fiancé and doctor were released from prison, following the Royal Pardon granted by the King of Morocco. Their convictions have not been quashed and abortion remains illegal under Moroccan law, except in special circumstances.

Hajar, her fiancé, their doctor and two other medical professionals were arrested on 31 August 2019, as they left a doctor’s clinic in the Moroccan capital, Rabat. Hajar, her fiancé and their doctor were sentenced to one year in prison on 30 September, after being convicted for unlawful abortion and sex outside of marriage. Hajar’s lawyer, Saad Sahli, said there was no evidence of abortion in the medical report.

Hajar wrote that while in custody, she was interrogated about her political writings and was asked about one of her colleagues at Akhbar al-Yaoum, as well as her uncle, Ahmed Raissouni – the former president of one of the largest Islamic movements in Morocco. This raised concerns that Hajar’s arrest was politically motivated and related to her journalistic work. Hajar Raissouni has written about the Hirak El-Rif protest movement and has also published articles critical of Moroccan authorities.

Hajar’s case garnered the support of several human rights organisations in Morocco and abroad. The response of the international community to Amnesty International’s Urgent Action helped obtain Hajar’s release and sparked a conversation around women’s rights and freedom of expression in Morocco.

Hajar’s case was a stark reminder of Morocco’s laws, which deny women the right to autonomy over their bodies through the criminalisation of abortion and extra-marital sex. These laws have not been changed in Morocco and so arrests may continue on these grounds.

Hajar’s case also highlighted the continuing crackdown on the freedom of expression of journalists and human rights defenders in Morocco. Moroccan authorities should take steps to ensure the protection of the fundamental right to freedom of expression. They should also decriminalise abortion and repeal all laws that discriminate against women.