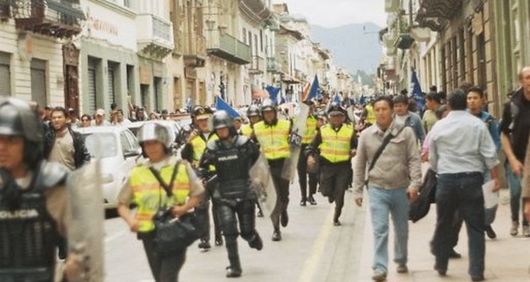 The life and personal integrity of Ombudsman Freddy Carrión and his family are at risk. He recently received repeated death threats, including a bomb threat at his family's home on 13 February. Even though he publicly denounced this situation, the Ecuadorian government has failed to protect him and his family. The Ombudsman stated that this is a retaliation for his human rights work during the crisis in October 2019. We call on the Attorney General to grant immediate protection to him and his family and to investigate these threats in an immediate, impartial and independent manner.

You can also send copies to your country's embassy: