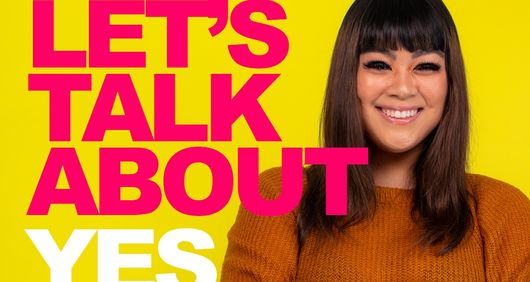 The Amnesty Student Network have joined a Europe-wide campaign to make it clear that sex without consent is rape.  The UK is among the few European countries where the law already makes it clear that rape is defined by a lack of consent. But that does not mean consent is always sought. A clear understanding of what sexual consent means can prevent rape and other sexual offences.

This toolkit has been developed by contributions from Amnesty International staff and activists, and has been edited for use by student groups in the UK. The campaign is expanding to other countries in Europe and builds on years of work and activism on sexual violence in different countries.

Rape is an important human rights issue which can affect people of any age, sex, gender or gender identity. HRape is a gendered crime that is disproportionately perpetrated by men against women. Check out our overview of the campaign to find out why this is such an important issue.

The #LetsTalkAboutYes campaign seeks to engage activists, creatives and young people of all genders and backgrounds to talk about sexual consent, and contribute to:

This toolkit provides guidance and suggests ways in which you can contribute to the campaign and engage more people, especially youth, in talking about sexual consent in a light-hearted and respectful way.

If you need any help or support with your campaigning on campus, get in touch with the Student Action Network Committee.