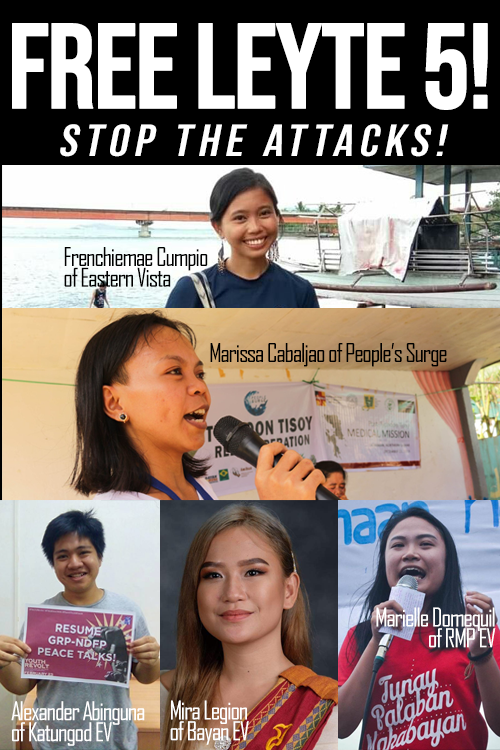 Five activists from Tacloban City, Philippines, were arrested on 7 February 2020 on charges of illegal possession of firearms and explosives, following an illegal raid. The activists, along with other groups that conducted a fact-finding mission about the arrest, allege multiple violations, including fabrication of evidence, committed by the security forces. We call on the Philippine Department of Justice to promptly, thoroughly, impartially and effectively investigate these allegations and, if proven, to drop all charges against the activists, and ensure their release. The authorities should hold those reasonably suspected to be responsible to account in fair trials.

Following inconsistencies with some information presented by the prosecution – such as the serial number on the firearm supposedly recovered, and the dates indicated on the medical certificates of the two activists – the court gave the prosecution five days to change the information. The activists’ lawyers will then have 10 days to comment on the changes. The next hearing is scheduled on 5 March 2020. Three of the activists will be arraigned on 25 March 2020.

Since President Rodrigo Duterte assumed office in 2016, human rights defenders and political activists have been subjected to repeated harassment, threats and attacks, including killings. Many of these defenders and activists belong to organisations that the government and other unknown individuals have “red-tagged”, or accused of being fronts for communist groups, without credible evidence, an accusation which they have repeatedly denied.

You can also send copies of your letters to embassies in your country: