Protests around the world explained 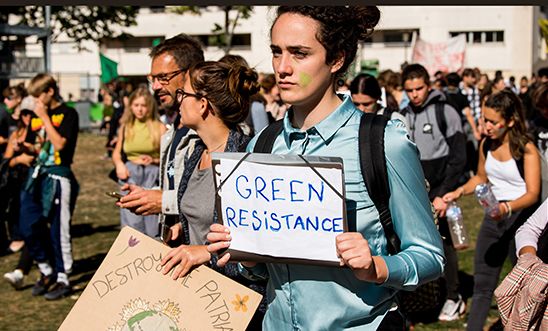 The past few months have seen a seemingly massive surge in protests globally. From the streets of Hong Kong to La Paz, Quito, Barcelona, Beirut and Santiago, we have witnessed a huge wave of people taking to the streets to exercise their right to protest and demand change from those in power.

Sadly, a common thread throughout these protests has been an extremely harsh response from the state, which in many instances have amounted to gross violations of human rights.

In places like Hong Kong the protests have lasted over a long period of time despite police crackdowns, whereas in other countries demonstrations were quickly repressed through tactics such as mass arrests. In Egypt more than 2,300 people were detained for taking part in demonstrations this September. If referred to trial, it would be the largest protest-related criminal case in Egypt’s history.

At Amnesty International we always make it clear that protesting peacefully is not a crime, it is in fact a human right. The way governments have by and large chosen to respond to these protests has been massively disproportionate, unwarranted and therefore unlawful.

Protesters are exercising their human rights and should be allowed to do so. But what is just as important is that the reasons why people are taking to the streets are also often linked to human rights concerns.

Here we look at some of the common factors influencing people to protest.

Allegations of government corruption have helped to spark massive waves of protests across Chile, Egypt and Lebanon.

In late September thousands of people took part in demonstrations nationwide across Egypt. Many gathered in Tahrir Square, Cairo, famous from the 2011 protests that toppled the previous head of state Hosni Mubarak. The protests were triggered by a series of viral videos claiming high-level corruption in the Egyptian military.

And in Lebanon, one of the overwhelming drivers to the calls for the government’s resignation – and more broadly the change of political establishment - is the latter’s perceived corruption and failure to provide basic social and economic rights. Tellingly, people have been calling for all ministers and public officials to be held accountable for what people perceive to be stolen public funds.

The abuse of public funds through corruption is not only a criminal concern, it’s also a human rights issue because it often results in the diversion of funds away from essential services. Under human rights law governments are required to make the best use of resources to ensure people can live in dignity.

Where corruption is a concern so too is the cost of living. In Chile, demonstrations were kicked off by students after the government announced a hike in transport fares in Santiago de Chile, the country’s capital.

Since then the protests have snowballed to cover the vast number of government policies that have placed a burden on the economic, cultural and social rights of ordinary people across Chile. People’s concerns about inequality are underscored by the fact that Chile has one of the worst levels of income inequality.

People’s legitimate concerns over the increasing cost of living have been made worse by the fact that many governments are also imposing harsh economic austerity measures, like in Egypt and Ecuador.

In Ecuador the government decision to end fuel subsidies led to massive protests over a contested austerity package, which the government has now been forced to climb down on.

The impact of austerity on people is however only set to get worse. One report forecasts that in 2021 two-thirds of all countries will be impacted by austerity, affecting nearly six billion people. The human cost is estimated to include millions being put out of work as a result of these measures, with few prospects of alternative employment.

The burning injustices of climate change and environmental degradation have increasingly become the focus of protests in the past year. From Indigenous activists who are leading the charge against environmental degradation, to the emergence of civil disobedience led groups which have dominated headlines in the UK, to mass protests over the government’s handling of wildfires in Bolivia, more and more people are taking to the streets to express their concern over how leaders are responding to this crisis.

But one of the standout moments came in September, when more than 7.6 million people took part in a week of climate strikes in 185 countries. The protests were organized by Fridays for Future, a youth-led movement started by Swedish activist Greta Thunberg who started striking outside her parliament only just over a year ago.

Amnesty International awarded the Fridays for Future movement with its highest honour this year, the Ambassador of Conscience award. Upon accepting the award, Greta Thunberg said: “This award is for all of those millions of people, young people, around the world who together make up the movement called Fridays for Future. All these fearless youth, fighting for their future. A future they should be able to take for granted. But as it looks now, they cannot.”

This month saw massive mobilizations and demonstrations occurring in Barcelona and the rest of Catalonia after Spain’s Supreme Court sentenced 12 Catalan political leaders and activists.

And in India protests have been held after the government of India's unilateral decision to revoke Article 370 of the Indian Constitution which guaranteed special autonomy to Jammu & Kashmir and split the state into two separate union territories. All these amendments and changes were made amidst a complete communication blackout, curfew on movement and mass detentions of political leaders and activists in the region.

Hong Kong has been home to arguably one of the biggest and most sustained protests linked to political freedoms this year. The protests started in April 2019 after the government of Hong Kong proposed a bill that would have allowed extraditions to mainland China.

People have taken to the streets in record-breaking numbers. While the government eventually dropped plans to introduce the draft law, the protests have evolved into a much wider call for change, which include calls for a full review of the police response and political reforms to allow them to choose Hong Kong’s leaders themselves.