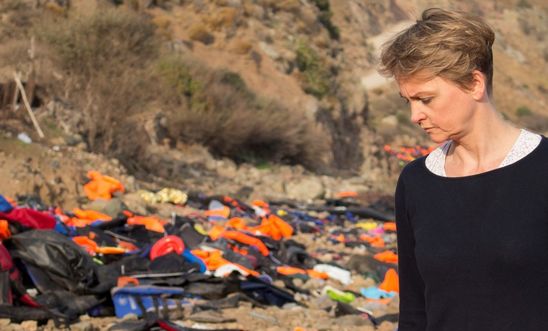 Former government minister Yvette Cooper MP will call for a more ambitious international response to the refugee crisis when she delivers a major speech in Belfast next month.

Cooper, Chair of the Labour Party’s Refugee Taskforce, will give the Amnesty International Annual Lecture on the theme, Fixing the Refugee Crisis. The former Shadow Foreign Secretary and Shadow Home Secretary will give the speech in Belfast’s Elmwood Hall on Thursday 20 October as part of the Ulster Bank Belfast International Arts Festival.

“We are facing the biggest humanitarian crisis since the Second World War. As millions of people have been displaced from their homes in Syria, Somalia, Afghanistan and Iraq, we have seen increasingly desperate images of families struggling to survive in camps and risking their lives making the treacherous journey to Europe.

“Yvette Cooper has been a strong voice for refugee rights, including most recently championing the resettlement of child refugees in the UK in time for the new school term.

“We are delighted that she is coming to Belfast to make a call for the world to do more to help those fleeing violence, conflict and persecution – arguably the most important task of our times.”

Following the lecture, a question and answer session will be hosted by journalist William Crawley.  Tickets for the Amnesty International Annual Lecture, Fixing the Refugee Crisis, are available free from the Ulster Bank Belfast International Arts Festival box office.