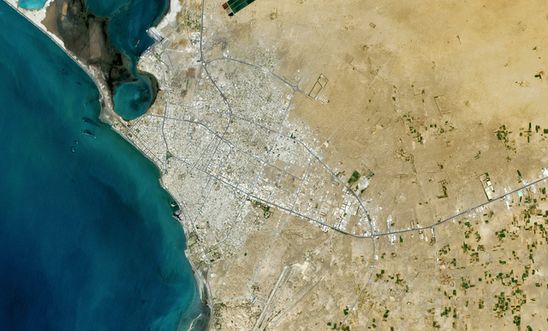 Hundreds of civilians killed in recent fighting, including in coalition airstrikes on a vegetable market and road checkpoint

Civilians in Yemen’s embattled port city of Hodeidah will pay a terrible price unless warring parties act immediately to protect them from the fighting, Amnesty International has warned.

In an extremely worrying development, Huthi fighters arrived at a hospital in Hodeidah last Friday and took up positions on the hospital roof, placing numerous civilians inside the building in grave danger.

Local contacts in Hodeidah told Amnesty that groups of armed Huthis travelling in Toyota pick-up trucks arrived at the hospital in the city’s “22 May” district. They commandeered a section of the hospital before placing a team of fighters on the roof. Hospital staff confirmed that armed fighters have been coming and going ever since. The hospital is close to Street 50 in the eastern part of Hodeidah. There has been fierce fighting in the area since the weekend, endangering the hospital and all those inside.

“This is a stomach-churning development that could have devastating consequences for the hospital’s medical workers and dozens of civilian patients, including many children, being treated there.

“The presence of Huthi fighters on the hospital’s roof violates international humanitarian law, but this violation does not make the hospital and the patients and medical staff lawful targets for Saudi Arabia and UAE-led coalition airstrikes.

“The hospital is full of injured civilians who have nowhere else to go for lifesaving medical care. Anyone attacking a hospital under these conditions risks responsibility for war crimes.

“The laws of war demand that hospitals are not used for military purposes. Placing gunmen on a hospital roof blurs lines which should never be blurred.”

This deliberate militarisation of hospitals comes in a war which has seen the Saudi Arabia and UAE-led military coalition conducting relentless and devastating airstrikes in civilian areas. Amnesty has documented a series of airstrikes carried out by the coalition in the lead-up to the recent escalation in fighting. Amnesty interviewed six witnesses and survivors after a 13 October coalition airstrike hit Jabal Ras in Hodeidah governorate. The strike appeared to target a Huthi checkpoint at a time when civilians were passing in at least two buses and other vehicles. According to the eyewitnesses, the strike may have injured one of the individuals manning the checkpoint, but it also killed at least 11 civilians, with some reports placing the number as high as 17.

“We were headed out for Umra [pilgrimage], then we were stopped at a checkpoint. He [the person manning the checkpoint] asked for our ID cards, and within a few minutes the strike happened. It landed between our bus and another one next to us. All of a sudden, we were in the middle of an explosion. There were victims everywhere, including my mother who died and one of our neighbours. Some lost their hands, others lost their legs. Everybody was injured.”

According to the witnesses, there were no military vehicles or soldiers in the vicinity at the time - just the checkpoint with a single individual, around ten metres from the buses. Targeting a checkpoint in such circumstances would violate international humanitarian law.

Amnesty has documented other coalition airstrikes in and around Hodeidah, including one that killed as many as 21 civilians on 24 October when it hit a vegetable market in Beit al Faqih.

Huthi forces have responded to the recent military advance on Hodeidah with mortar fire - which is notoriously imprecise and should never be used in populated areas - resulting in numerous civilian deaths.

Fighting in Hodeidah governorate has been ongoing since last December, with a sharp escalation around the port city itself in recent months. This has displaced hundreds of thousands of civilians and has led to a sharp deterioration in the humanitarian situation.

Ground fighting to the south of Hodeidah city, as well as airstrikes and shelling, have caused hundreds of civilian casualties, the destruction of civilian homes and infrastructure, and continued population displacement. In recent days, as the UN Security Council considers a Yemen ceasefire agreement, fighting has spread to southern and eastern districts on the city’s outskirts.

According to the International Organisation for Migration, though more than half of Hodeidah’s estimated 600,000 residents managed to leave the city before it became engulfed in conflict, many remain and are effectively trapped. Ongoing fighting has blocked escape routes to the south of the city, and Huthi forces have mined other routes out, leaving only the northern road open. Soaring fuel prices and Yemen’s currency collapse mean this potential escape route is still out of reach for many people. Meanwhile, the coalition has failed to follow through on a 24 September pledge to establish three humanitarian corridors out of Hodeidah.

The UN Under-Secretary General for Humanitarian Affairs has warned that Yemen may be at the “tipping point” of widespread famine resulting from the offensive on Hodeidah, the country’s key port, and the collapse of the economy. He estimated that an additional 3.5 million people may soon be added to the eight million who are already food-insecure.

“Trapped by a cruel combination of changing frontlines, minefields and reports of airstrikes targeting those who flee, Hodeidah’s civilians face a life-threatening dilemma while the battle encroaches ever closer.

“Civilians trapped in Hodeidah are completely powerless and can only stay put to await their fate. Their lives are in the hands of warring parties who have shown little or no regard for their duty to protect civilians.”