Women from Republic of Ireland & Northern Ireland had almost 25,000 abortions in England & Wales over last 5 years 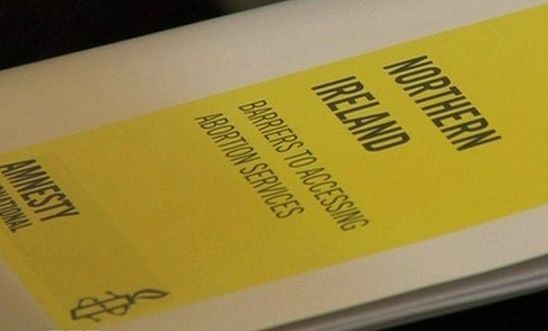 New data shows that almost 25,000 women from across Ireland, north and south, travelled to have abortions in England and Wales – an average of close to 100 terminations every week over the past five years.

New data obtained from the Department of Health in London by Belfast-based journalism project Detail Data also reveals the individual clinics the women attended, as well as data about the number of children under 16 who have travelled to the UK to access abortion services.

Over the past five years, the project found that 19,947 women and girls from the Republic of Ireland and 4,652 from Northern Ireland have travelled to have abortions in England and Wales. These are minimum figures, based upon the numbers of patients who disclosed Irish addresses to clinics - the true number is likely considerably higher.

The data also reveals that 152 terminations were recorded for girls aged under 16 from the Republic of Ireland and 69 for under 16s from Northern Ireland.

In response to the figures, Amnesty International’s My Body, My Rights campaigner Grainne Teggart said:

“These findings once again prove that restrictive abortion laws in both the Republic of Ireland and Northern Ireland don’t prevent women and girls from having abortions. Abortions not being lawful doesn’t mean that women and girls don’t have abortions, it means that they either resort to desperate, sometimes dangerous, measures or they seek those services elsewhere at great financial and emotional expense.”

“Abortion laws in both jurisdictions fall desperately short of even the minimum standards required by international human rights law. They violate the human rights of women and girls, forcing those who can travel to go overseas and seek compassionate, professional care outside their own country. It’s time for governments north and south to end the hypocrisy of laws which criminalise women at home and don’t even meet their stated aim of preventing abortions. They can no longer turn a blind eye to the human rights abuses caused by those very same laws.”

Earlier this month, Belfast High Court decision found that laws governing abortion in Northern Ireland in cases of serious malformation of the foetus and sexual crime are in breach of Article 8 of the European Convention on Human Rights.