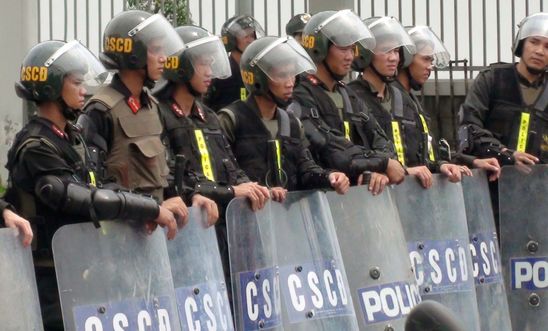 Police in Vietnam shut down a major annual meeting of grassroots groups and non-government organisations this morning in an alarming step-up of the authorities’ repression of civil society, said Amnesty International.

This morning, police in the capital broke up a meeting of civil society groups in the Hanoi Club Hotel.

Entering the hotel with the two-day event already underway, police ordered the organisers to immediately shut the gathering down and accused the civil society groups of violating a wartime law from 1957 requiring that the authorities be informed of events at least 24 hours in advance.

The coalition of Vietnamese groups (see below) were holding their third annual workshop, discussing approaches to key Vietnamese social issues - including access to public services, health and gender equality.

“This is an absurd and shocking crackdown on a well-established, peaceful event.

“To use an arcane wartime decree about holding events in public spaces to stop a private gathering at a hotel is clearly unjustified and cynical.

“The authorities must allow this vital gathering of respected grassroots groups to go ahead and put an end to this worsening crackdown on civil society groups.”

The annual meeting is a civil society platform for Vietnamese organisations to discuss ways to advise and engage with the government on solutions to social issues.