Venezuela: Landmark ICC investigation must be timely and effective justice for victims 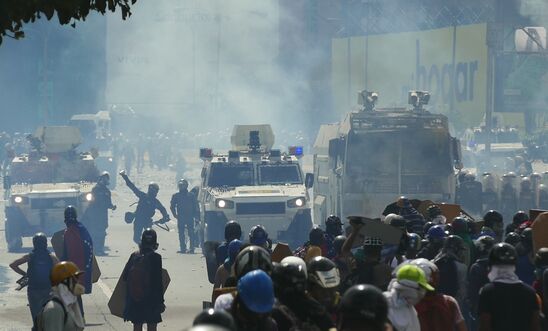 Under Maduro’s government there have been widespread detentions, torture, rape and other forms of sexual violence

“The Office of the Prosecutor must fully investigate the atrocities committed against the Venezuelan people, pursuing cases against those who bear the greatest responsibility for crimes against humanity.

“To be effective, the ICC must commence as soon as possible, and should impartially investigate those most responsible for the systematic policy of repression and social control in Venezuela, since at least 2014.

“The Prosecutor should listen to calls from victims who are yet to see justice and recognise that his office’s intervention is urgently needed for prompt and effective investigations of crimes against humanity in Venezuela."

Prosecutor Khan has announced the conclusion of his office’s preliminary examination in Venezuela - which it had opened in 2018 - with a determination that a full investigation is warranted. This is the first ICC investigation into a country in the Americas.

The Office of the Prosecutor had previously found that crimes against humanity have been committed in Venezuela under Nicolas Maduro’s government, since at least 2017, including arbitrary detentions, use of torture and other cruel, inhuman and degrading treatment, rape and other forms of sexual violence, as well as persecution.

Prosecutor Khan and President Maduro explained that they had agreed to a “Letter of Understanding”. Prosecutor Khan also highlighted the importance of “positive complementarity” in his approach to the Venezuela investigation. The legal principle of complementarity is a recognition that states themselves are obliged to carry out independent and impartial investigations. However, Amnesty said the ICC must not be deferential to state proceedings at all costs in Venezuela - in particular, when states are not genuinely willing or able to investigate and prosecute crimes under international law themselves.