Venezuela: Government steps up 'policy of repression' against protesters 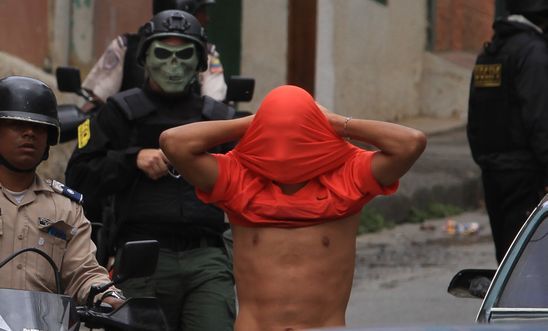 At least four people have been killed, more than 200 injured and 205 arrested during state repression of protests across Venezuela since 30 April, Amnesty International has confirmed.

“The security forces under the command of Nicolás Maduro and the armed civilian groups that support him insist on repressing the protests by people demanding a way out of the serious political and human rights crisis that has plagued the country for several years.

Amnesty has been documenting the grave human rights violations and crimes under international law that have taken place in Venezuela since the crisis worsened in January 2019. The organisation has documented extrajudicial executions, unlawful use of lethal force, arbitrary mass arrests and ill-treatment of people who speak out against Maduro’s government.

On 30 April, National Assembly President Juan Guaidó announced that officers of the armed forces had joined his call “within the framework of the Constitution for the definitive end to the usurpation by Nicolás Maduro”.

This announcement was accompanied by a call for the Venezuelan population to take to the streets in support of what he called “Operation Freedom,” prompting a series of protests that have faced strong repression by the security forces under the command of Nicolás Maduro and the armed civilian groups that support him (known as colectivos in Venezuela).