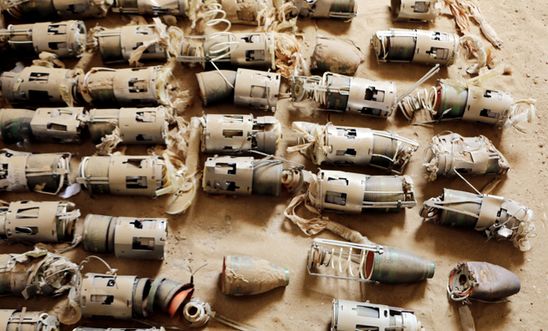 Responding to news that the US Pentagon will indefinitely postpone a ban on older models of cluster munitions, Patrick Wilcken, Researcher on Arms Control and Human Rights at Amnesty International, said:

“Cluster munitions are internationally banned for very good reasons. Those that don’t instantly explode lie dormant until they are uncovered by unsuspecting civilians, often children, killing and maiming them.

“The decision by the Pentagon to indefinitely postpone a ban on the most dangerous types beggars belief.

“This is a profoundly retrograde step that puts the US way out of line with the international consensus - cluster munitions are banned by more than 100 countries due to their inherently indiscriminate nature and the risks they pose to civilians.

“Apparently conscious of these risks, the Pentagon had originally promised to ban models that result in more than 1% unexploded ordnance by 2019. But today it has reneged on that promise by keeping older types with dud rates* of 20% or more, raising serious questions about its regard for the lives of civilians in war zones.

“The USA must go much further than past initiatives and immediately join the Convention on Cluster Munitions. It must also assist and invest in awareness-raising and clean-up of any unexploded ordnance to protect civilians from the ongoing threat posed by these weapons.”

Cluster bombs can contain hundreds of small but lethal bomblets. The “dud rate” refers to the percentage of bomblets that on average fail to explode on impact, leaving large areas strewn with potentially lethal unexploded munitions.

Yesterday, Amnesty revealed that Syrian government forces have been using banned Soviet-era cluster munitions to carry out indiscriminate attacks on civilians in the besieged opposition-held enclave of Eastern Ghouta, near Damascus.