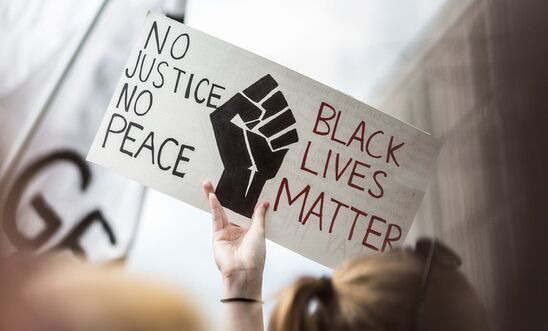 “The Amnesty movement is saddened that yet another Black father, son and partner was taken from his family as a result of the actions of police.

“Daunte Wright was reportedly pulled over on the pretextual grounds of having expired registration and having an air freshener dangling from his rearview mirror, neither warranting what escalated into a fatal encounter.

“Last year Black and Latino Army Lieutenant Caron Nazario suffered a violent traffic stop in Windsor, Virginia. Officers claimed to have not seen his paper license plate on his new car in the rear window. These incidents speak to a common denominator and remind us of systemic failures of policing, resulting in disparate enforcement on people of colour, particularly Black people. Plain and simple, armed law enforcement should be taken out of the equation of traffic enforcement.

“Surviving an interaction with law enforcement shouldn’t depend on where you live or the colour of your skin. International standards are clear that in addition to rights to equal protection of law, security, and life, we have a right to be free from discrimination when interacting with law enforcement. Officers responsible for excessive force, whatever the result, must be held accountable.

“The local community in Brooklyn Center and the Minneapolis region are understandably frustrated and enraged by these recurring incidents of police violence and have taken to the streets demanding accountability for the death of Daunte Wright.

“Law enforcement must protect and facilitate protesters’ rights to freedom of peaceful assembly and ensure that any decision to disperse a crowd is made as a last resort, when lesser means would be insufficient.

“Officials must ensure that any measures used to disperse a crowd are necessary, proportional and lawful. They must also take into account the impact on the surrounding residential community, for instance when deciding to use chemical irritants.

“Protests against police violence should not be met with more police violence, as we saw for months following the death of George Floyd last summer.”

Accountability for the use of deadly force

Amnesty has been calling for police accountability for the use of deadly force.

As protesters took to the streets last summer following the death of George Floyd, Amnesty spoke out against the excessive force used by law enforcement. Amnesty documented 125 separate examples of police violence against protesters in 40 states and the District of Columbia between May 26 and June 5, 2020.

In 2015, Amnesty released a report on the use of deadly force by law enforcement and raised serious human rights concerns with regards to the right to life, the right to security of the person, the right to freedom from discrimination and the right to equal protection of the law.