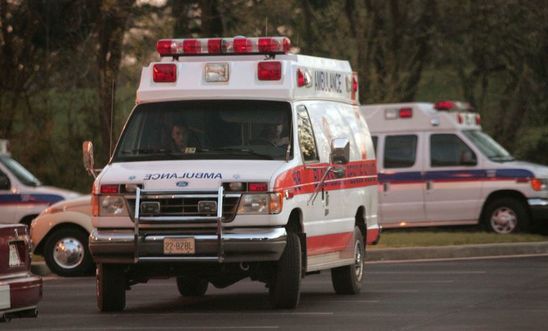 Some survivors racking up large debts to pay for expensive medical care, while complex bureaucracy means others get nothing

US has no targeted programmes for gunshot survivors

Survivors of gun violence in the USA are suffering further years of trauma and pain because of catastrophic medical expenses and excessive bureaucracy, said Amnesty International in a new report today.

Describing rampant US gun violence as a “human rights crisis”, Amnesty’s 68-page report - Scars of Survival: Gun Violence and Barriers to Reparation in the USA - shows how the US authorities are failing to provide gunshot survivors with essential long-term healthcare, support, rehabilitation and compensation.

Megan Hobson was 16 years old when she was caught in crossfire in Miami in 2012. Emergency treatment saved her life, but she continues to live with serious health conditions, including difficulty walking, complications caused by bullet fragments in her uterus, and the need for mental healthcare and support. Megan told Amnesty she was still in debt due to medical bills: “I was a victim, I had nothing to do with my crime. I was just in the wrong place at the wrong time.”

Jamie Williford was shot in the back when she was 16, in 2009. She was left paralysed and with severe ongoing health needs. Although Jamie is covered by Medicaid (the governmental programme providing health coverage for some people with low incomes), she faces serious bureaucratic difficulties in accessing healthcare, particularly finding health professionals who will accept her insurance. Meanwhile, like many gunshot survivors with disabilities, Jamie has struggled to find affordable, accessible housing. After her injury, she was placed in an adult institutional care facility, with no access to mental healthcare, education or training appropriate to a child or a new wheelchair user. Since she turned 18, she has lived largely in shared accommodation, but has been unable to secure any suitable permanent housing adapted to her needs.

In the USA, there are no targeted programmes to provide for the rehabilitation needs of gunshot survivors, meaning they have to seek medical and psychological care through the general health system. This poses numerous economic and bureaucratic obstacles, exacerbated by trauma and physical pain.

Amnesty has previously said the US Government has failed to meet its human rights obligations by not adequately regulating the private purchase, possession and use of firearms across the country. This new report find similar failing over the USA’s obligation to provide full and effective reparation to gun violence survivors.

“Most of the people we interviewed told us that being shot was just the start of their nightmare.

“Survivors described how they continue to struggle despite being victims of crime and are often faced with prohibitive costs to treat their chronic pain or get help adapting to disabilities.

“High costs, cumbersome paperwork and inadequate crime victim compensation programmes are all barriers to accessing proper care and support following the trauma of a shooting.

“The US authorities need to get a grip on gun violence, and ensure survivors have the support necessary to address the harms they have suffered and to rebuild their lives. Given their failure to adequately address gun violence on a large scale, there’s even more of an impetus to provide assistance to survivors.

“Amnesty International is calling on US federal and state authorities to ensure that survivors of gun violence have access to the healthcare and support they need, and that they are fully informed about the healthcare and other benefits they are eligible for.”

‘They want all that stuff, and we ain’t got it’

Almost all gunshot survivors interviewed by Amnesty identified bureaucracy and paperwork as a key barrier to accessing long-term healthcare. This is particularly the case for gunshot survivors living in unstable environments who may be unused to navigating a fragmented and complicated healthcare system. They are often simultaneously trying to deal with enormous changes in their health, family lives, jobs or job prospects, because of being shot.

One man, whose brother was shot, explained:

“For healthcare, if you want to get more care or any [Medicare] cover, they start to ask have you ever worked. If you say yes, they want to see cheque stubs for six months, and they want your birth certificate, they want a social security card, they want all that stuff and we ain’t got it.”

Victim compensation applications also require significant amounts of detail and supporting documentation, which can be difficult to provide especially when people are recovering from serious or life-changing injuries. In 2017, the most common reason for denying or closing a victim compensation application across all US states was incomplete information. Lack of awareness and stringent eligibility requirements also emerged as obstacles to accessing compensation.

Amnesty is calling for the authorities to ensure all survivors of gun violence are provided with full and effective reparation, including compensation for the harms they have suffered.