USA: Biden's actions on gun violence 'will save many lives' 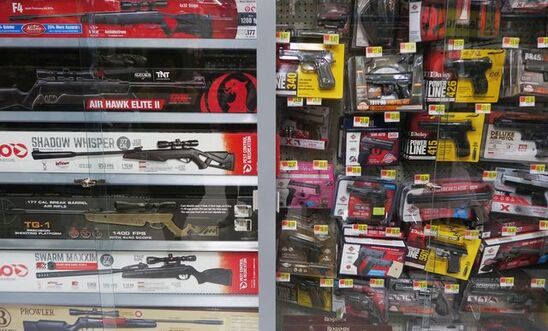 ‘These actions will save many lives’ - Ernest Coverson

“For too long, the way the US government has addressed the issue of gun violence has been negligent at best, and disastrous, at worst.

“Gun violence remains one of the primary issues threatening the human rights of communities across this country.

“These actions are a crucial first step in ensuring that US government agencies are truly prepared to prioritise people over guns.”

“Today, many Americans will feel genuine hope for the possibility of ending gun violence in the United States.

“These actions will save many lives, especially those in Black and brown communities. We stand with the president and urge lawmakers in Congress to work with us to do more to make gun safety a reality for all.”

*Comprehensive, annual reports from the Department of Justice on the trafficking of firearms

These moves follow several recent, high-profile mass shootings - most notably one in Georgia in which an armed assailant killed eight people, including six women of Asian descent, and another in Colorado where ten people were shot dead in a supermarket.