US travel ban: Amnesty files FOI request over advice being given to officials in airports 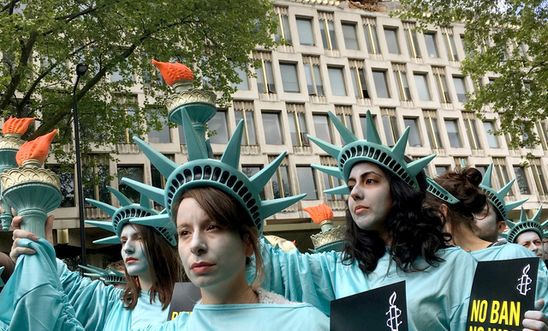 Amnesty is asking the Department of Justice, Department of Homeland Security, and Department of State and Customs and Border Protection to provide any information concerning the guidance provided to customs and border agents at international airports regarding how arriving passengers will be processed.

Agencies are legally obliged to respond to such requests in a timely fashion and Amnesty has requested the information within ten working days.

“The public needs to know exactly what agents in airports nationwide are being told to do, and we need to know now.

“This policy is cruel and discriminatory, and it could create havoc in airports in the US and around the world.

“Amnesty International has documented first-hand the horrific conditions that refugees are fleeing, and we’ve seen the turmoil President Trump’s orders created around the world earlier this year.

“We filed this request for documents because people need to know what to expect when they face immigration and law-enforcement officials at US borders.”