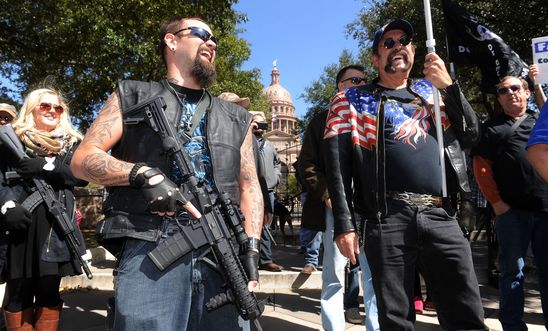 ‘This is an emergency. It will continue to be an emergency until our lawmakers treat it as such’ - Ernest Coverson

Amnesty International today called on the US Congress to cut short its August recess and hold an emergency session to immediately address gun violence in the country.

“We can no longer accept the dangerous reality in which we live.

“The House has passed several measures that would help reduce gun violence, but the Senate has yet to bring them up for discussion even though lives are at stake.

“Gun violence in the US is a human rights crisis.

“This is an emergency. It will continue to be an emergency until our lawmakers treat it as such.”

Amnesty is calling on Congress to return to Washington and vote on legislation combating this crisis, starting with requiring background checks for the sale of every gun. Reforms should also include:

·    a ban on civilian possession of semi-automatic assault rifles and shotguns, large-capacity magazines, and other dangerous devices such as weapons-grade assault rifles

Earlier this week, Amnesty issued a warning to prospective visitors to the United States due to rampant gun violence.

No link between mental health and gun violence

Contrary to remarks from President Trump and others since the El Paso and Dayton shootings, there is no evidence of a link between mental health and gun violence. Individuals with mental illness =es are more likely to be victims of violence than perpetrators. Only 5% of firearms-related deaths were committed by someone with a diagnosed mental illness.

Meanwhile, more than 90% of people in the USA support background checks.

In a major report on gun violence in the USA, Amnesty recently showed how all aspects of life in the USA have been compromised in some way by the largely unfettered access to guns, with no attempts at meaningful national regulation. Amnesty described the situation as a “human rights crisis”, and called for national regulations over the licensing and registering of firearms in the country.