US: Department of Defense must investigate civilian casualties caused by airstrikes 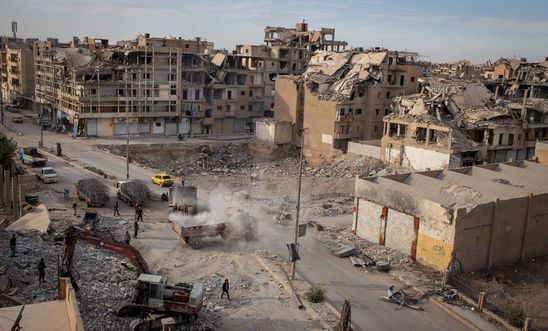 Responding to the United States Department of Defense report to Congress on civilian casualties from US military operations, Daphne Eviatar, the Director of Security With Human Rights at Amnesty International USA, said:

“The latest report is a welcome step for accountability for civilian casualties as a result of US operations, but many more are required, to both acknowledge the full scale of the damage and for the survivors still struggling with the aftermath.

Amnesty International is calling on the US Department of Defense to conduct meaningful, thorough, and independent investigations of all credible claims of civilian casualties from US operations, and to provide reparation to the families of the victims.

Civilian deaths in Syria and Somalia

Last week, Amnesty released the findings of a comprehensive investigation into civilian casualties caused by the US-led Coalition in Raqqa in Syria. The investigation - which lasted more than 18 months, including more than two months on the ground in Raqqa, more than 200 site visits and more than 400 interviews - documented how US, UK and French forces killed at least 1,600 civilians during the military campaign from June-October 2017.

The Coalition has acknowledged only about 10% of those, and while it is believed that US forces carried out the overwhelming majority of the attacks, the lack of transparency around reporting means it is impossible to know which forces are responsible for which strike. Amnesty’s investigation suggests that US forces and allies did not do all that they could and should have done to minimise civilian harm, or to investigate the consequences of strikes afterwards.

Meanwhile, in a report last month, Amnesty uncovered compelling evidence that US airstrikes killed a total of 14 civilians and injured eight more, in five attacks that may have violated international humanitarian law. The research covered just five of the more than 100 airstrikes the US Africa Command (AFRICOM) conducted in Somalia in the previous two years, during which time it claimed it killed and injured no civilians whatsoever. It has since admitted responsibility for two civilian deaths, prompted in part by Amnesty’s report. US airstrikes have increased dramatically in the past two years, rising from 16 in 2016 to 36 in 2017, with at least 47 strikes in 2018. In the first four months of 2019 alone, AFRICOM has conducted at least 33 airstrikes.