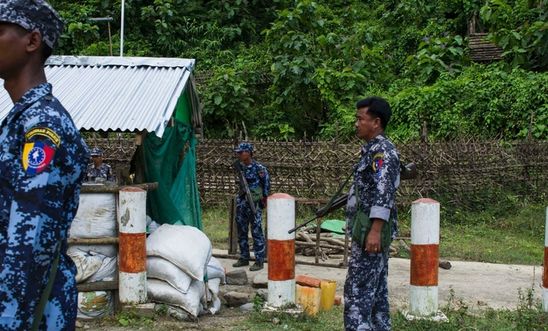 A blistering report released by the United Nations Fact-Finding Mission on Myanmar (FFM) today brought yet more damning evidence of the Myanmar security forces’ atrocity crimes against the Rohingya and against ethnic minorities in northern Myanmar, Amnesty International said.

The FFM – a body of independent experts appointed by the UN Human Rights Council – released its key findings and recommendations today in Geneva, with a more detailed report to follow in the coming weeks.

“This report, which adds to a mountain of evidence of crimes under international law committed by the military, shows the urgent need for independent criminal investigation and is clear that the Myanmar authorities are incapable of bringing to justice those responsible.

“The international community has the responsibility to act to ensure justice and accountability. Failing to do so sends a dangerous message that Myanmar’s military will not only enjoy impunity but will be free to commit such atrocities again.

“The UN Security Council must refer the situation in Myanmar to the International Criminal Court as a matter of urgency. Until it does, it’s vital that countries establish a mechanism through the UN to collect and preserve evidence for use in future criminal proceedings.”

The Rohingya crisis one year on
Ahead of the shameful one-year anniversary of the Myanmar military’s ethnic cleansing campaign against Rohingya in northern Rakhine State, Amnesty slammed the international community’s failure to hold those responsible to account.

More than 700,000 Rohingya women, men, and children were forced to flee from northern Rakhine State to neighbouring Bangladesh after 25 August 2017, when the Myanmar security forces launched a widespread and systematic assault on hundreds of Rohingya villages. The onslaught came in the wake of a series of attacks on security posts by a Rohingya armed group, the Arakan Rohingya Salvation Army (ARSA).

Amnesty has documented extensively the military’s ethnic cleansing campaign, which included targeted burning of Rohingya villages, the use of landmines and the commission of crimes against humanity including murder, rape, torture, forced starvation and forced deportation as well as other serious human rights violations against the Rohingya.

Amnesty has also documented war crimes and other human rights violations by the Myanmar Army against ethnic minorities in Kachin and northern Shan States, including extrajudicial executions, torture, forced labour, the use of landmines, and indiscriminate shelling. Serious violations against civilians remain ongoing in northern Myanmar, amidst the armed conflicts that continue to rage.