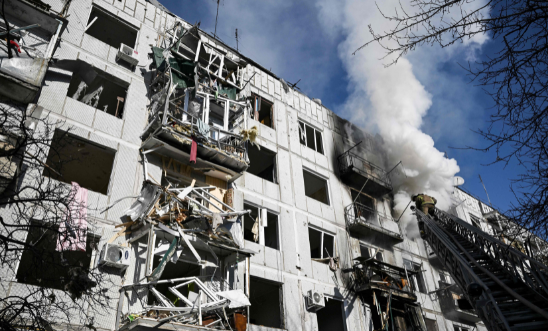 Amnesty International has said the UK government must immediately abandon measures in the Nationality and Borders Bill which will do serious damage to the UK's asylum system even as the Ukrainian refugee crisis unfolds across countries bordering the embattled country.

The unfolding crisis has drawn attention to deep-seated flaws in the controversial legislation which is at Report stage in the House of Lords today.

“The Ukraine refugee crisis has once again highlighted the Government’s callously indifferent attitude toward desperate people fleeing conflict and persecution.

“The depressing reality is that there has been conspicuously little from the Home Office in true solidarity with the people of Ukraine or the countries at its borders.

“In global terms, the UK receives and provides safety to comparatively few refugees, yet the Home Secretary has embarked on a dangerous mission to rip up the UK’s commitment to the Refugee Convention and wreck this country's asylum system.

"Instead of pushing ahead with its draconian Nationality and Borders Bill, the Ukraine refugee crisis should prompt a major rethink of the bill. The Government should also work with its international partners to see what it can do to assist those fleeing the conflict in Ukraine and other persecution.”