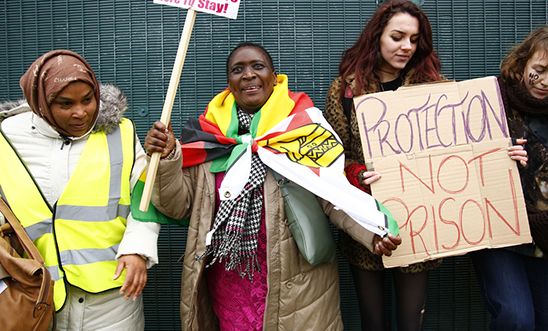 The number of people held for over six months in immigration detention centres in the UK has increased, according to the second Shaw review into the welfare of detainees published today.

In response, Amnesty International is calling for the UK to end its unacceptable and inhumane practice of indefinitely detaining people in immigration removal centres and radically reduce the number of people it locks up.

“The approach towards the thousands of particularly vulnerable people who are locked up each year - including rape victims, torture survivors and people with serious mental illness – is also of significant concern. They remain subjected to detention as or more frequently than before.

“Indefinite detention also continues, causing real suffering to thousands of people. Government ministers must urgently act on repeated findings demonstrating the need to end the harm of routine and excessive use of detention in the UK.”

Amnesty has launched a petition to call on the Government to radically transform its detention policies.