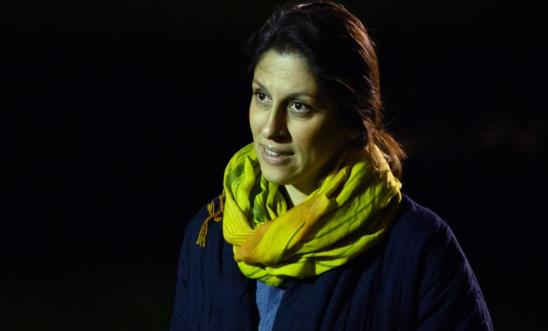 The UK government must investigate the Iranian officials who are suspected of responsibility for the crime of hostage-taking against Nazanin Zaghari-Ratcliffe, said Amnesty International today, and if sufficient evidence exists the UK should request their extradition to the UK to face prosecution.

Amnesty is also calling for Zaghari-Ratcliffe to be provided with full and effective reparation for the serious violations to which she has been subjected.

In a detailed 15-page briefing published today, Amnesty has laid out compelling evidence that Iran’s detention of Zaghari-Ratcliffe amounted to an act of hostage-taking, which is a crime under international law.

Amnesty researchers interviewed sources close to Zaghari-Ratcliffe, thoroughly examined documents related to the debt dispute between UK and Iran, and analysed not only public statements by Iranian officials but also comments they made privately to Zaghari-Ratcliffe and her family.

Amnesty has submitted its evidence to the parliamentary Foreign Affairs Committee, which has launched an inquiry into state-level hostage situations.

Another case of likely hostage-taking is that of Anoosheh Ashoori, a 67-year-old retired British-Iranian engineer who had been arbitrarily detained in Iran since 2017. Both Zaghari-Ratcliffe and Ashoori were allowed to leave Iran for the UK in March after the UK paid £393.8 million to settle a decades-long debt dispute with Iran related to an unfulfilled arms deal from the 1970s. Zaghari-Ratcliffe’s release was followed by a slew of reports by Iranian state media outlets stating she had been released “in exchange” for the payment. These reports mirrored almost identical statements made by the Iranian authorities to Zaghari-Ratcliffe and her family during her detention. Only two days before her release, Revolutionary Guards officials summoned Zaghari-Ratcliffe for interrogation and told her explicitly that she was going to be “swapped for money”.

Both Iran and the UK are state parties to the International Convention Against the Taking of Hostages, which criminalises acts of hostage-taking committed by state and non-state actors and obligates states to take action to prevent and punish such acts. The convention defines the crime of hostage-taking as the seizure or detention of any person accompanied with threats to cause them harm - including by killing, injuring or continuing to detain them in order to compel a third party, such as a state, to do or abstain from doing any act as an explicit or implicit condition for the release of the hostage.

“The Iranian authorities deliberately and shamelessly deprived Nazanin Zaghari-Ratcliffe of her freedom. They used spurious national security charges and sham judicial proceedings against her with the aim of exerting pressure on the UK government to settle its debts.

“The prevailing climate of impunity in Iran has emboldened the authorities to continue using dual- and foreign nationals as political bargaining chips without any fear of consequences.

“The hostage-taking of Nazanin-Zaghari-Ratcliffe must not go unpunished.

“We urge the UK government to investigate all Iranian officials who are suspected of responsibility for this crime. Where sufficient evidence exists, the UK must request their extradition and prosecute the officials in line with international fair trial standards.”

The urgent need for the international community to accelerate efforts to prevent and prosecute the crime of hostage-taking has recently been brought into sharp relief by mounting evidence indicating that the Iranian authorities are holding Swedish-Iranian national Ahmadreza Djalali hostage and threatening to execute him to compel third parties to swap him for former Iranian officials convicted and/or on trial abroad.

Amnesty’s briefing also highlights the plight of six other dual- and foreign nationals whose arbitrary detention may amount to hostage-taking. These are:

Amnesty’s No-one Left Behind campaign is calling for the UK government to step up efforts to secure the release of all British nationals arbitrarily detained in Iran. In March, UK officials reportedly assured the family of Morad Tahbaz that he would be released alongside Nazanin-Zaghari-Ratcliffe and Anoosheh Ashoori. Nearly three months on he is still arbitrarily detained in Evin Prison.

In March, an 82-year-old Australian-Iranian national, Shokrollah Jebeli, died in custody after the authorities deliberately denied him specialised medical care and withheld his medication for multiple serious health conditions.

In light of ongoing concerns regarding the Iranian authorities’ practice of using detained dual- and foreign nationals as diplomatic leverage, Amnesty is urging all states whose nationals are or have been detained at any point in Iran to examine whether their deprivation of liberty amounts to an act of hostage-taking, and if so to take all appropriate measures to secure their release and ensure accountability.