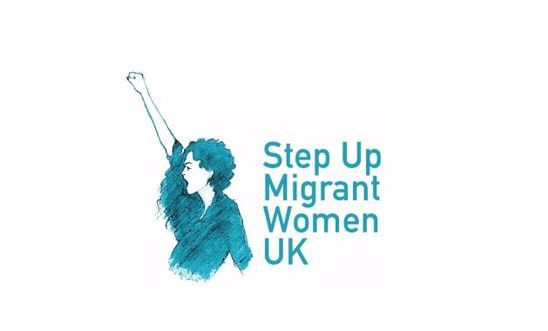 The UK Government has missed an opportunity to strengthen plans for a domestic abuse law that ensures equal protection for migrant women, the Step Up Migrant Women (SUMW) coalition has warned.

SUMW - a coalition of more than 30 organisations, including the Latin American Women’s Rights Service (LAWRS), Liberty, Amnesty International UK, Sisters For Change and End Violence Against Women Coalition – has issued the call in reaction to the UK Government’s response to the Home Affairs Select Committee report on the upcoming Domestic Abuse Bill, published today (9 May).

The Government’s response does not properly address the recommendations from the Home Affairs Select Committee to ensure the Bill provides protection for migrant women across the UK.

SUMW continues to argue that as it stands the Bill will not ensure the UK meets the requirements of the Istanbul Convention – the Government’s intention for the Bill - which aims to prevent and combat all forms of violence against women.

SUMW is particularly concerned that:

“It is disappointing that the Government has not responded adequately to the HASC recommendations on migrant women, but there is still time to make this Bill the landmark piece of legislation the Government says it wants to be.

“Listen to the sector, listen to the Parliamentary Committees – ensure migrant women can report safely and access the public funds they need to escape abuse, and this legislation will be vastly improved. Without these changes, it will fail.”

“The Home Affairs Select Committee was clear in its concern that the draft Domestic Abuse Bill falls short on the requirements of the Istanbul Convention which requires the protection of all women survivors of violence regardless of immigration status.

“The Bill will only meet the requirements of the Convention if it enables women to report violence without fear of deportation or detention, access life-saving emergency protection and provide adequate funding to specialist BAME services. The Government must listen to migrant survivors if it is serious about leaving no woman behind.”

“We remain disappointed by the Government’s response today, which reflects its continued inaction to ensure migrant survivors are adequately protected by the proposed Domestic Abuse Bill.

“To comply with fundamental human rights standards, the Bill must guarantee all survivors access to vital services, refuge accommodation, public funding and safe reporting - regardless of their race, ethnicity, nationality or immigration status.

“Only with these changes can the Government truly transform the response to domestic abuse in the UK and ensure this ‘landmark’ legislation is as ground-breaking as it should be.”

“This reflects the Government’s obligations under international law and the approach adopted in the Council of Europe's Istanbul Convention, which explicitly recognise the link between discrimination and violence against women and the disproportionate impact of domestic abuse on women."

"We urge Parliamentarians working to shape the Domestic Abuse Bill to work with specialists in the sector and develop an integrated approach which centres the needs of the most marginalised survivors. For too long, support services for BME survivors have been under resourced and systematically defunded through public funding cuts. This situation is unsustainable and unacceptable."