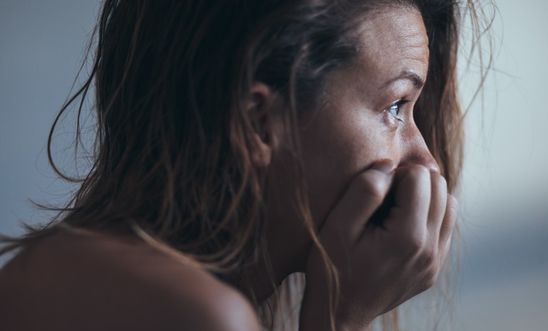 The Step Up Migrant Women Coalition welcomes a Home Affairs Select Committee report on the upcoming Domestic Abuse Bill, but warn its recommendations don’t go far enough if migrant women are to be protected

The UK Government risks failing migrant women if it neglects to put their experiences at the centre of domestic violence law reforms, said the Step Up Migrant Women (SUMW) Coalition today, as the Home Affairs Select Committee published its report on the forthcoming Bill on Domestic Violence and Abuse.

SUMW - a coalition of more than 30 organisations, including the Latin American Women’s Rights Service (LAWRS), Southall Black Sisters, Amnesty International UK, Sisters For Change and End Violence Against Women Coalition - has welcomed the report, which puts pressure on the UK Government to ensure equal protection for migrant women suffering domestic abuse in its forthcoming Bill on Domestic Violence.

The SUMW Coalition supports the committee’s clear message to the Government that the Bill must:

However, The SUMW Coalition warns that some of the Home Affairs Committee’s recommendations do not go far enough. Whilst the report acknowledges the need for a review into how some police forces are reporting migrant women to the Home Office for immigration purposes – which prevents women from reporting their abuse and threatens their safety – the SUMW Coalition is calling for a system of full confidentiality and protection for all migrant women who report their abuse, regardless of their immigration status. This policy must apply to all statutory services - not just the police - which support victims and survivors of violence, including GPs, said SUMW.

"As the Step Up Migrant Women coalition we stress the importance of having a victim-centred Bill that acknowledges the rights of migrant women and the crucial support of specialist services. The duty of the police and statutory services is not to criminalise victims' immigration status but that of promoting public safety and protecting all victims of crime and abuse."

“We welcome the Home Affairs Select Committee’s proposals to improve protection for black and minority women, but they do not go far enough. Too many migrant women will be failed if a coherent strategy on violence against migrant women and girls is not put in place.

“Insecure immigration status and lack of access to housing and independent financial means renders many migrant women vulnerable and completely at the mercy of their abusers who manipulate their powerlessness with impunity.

“Immigration enforcement appears to be the overriding priority for the UK Government, rather than providing protection or pursuing criminal charges.  This alarming response deters migrant women from reporting their abuse for fear of deportation and amounts to state complicity in their abuse.

“If the government is serious in protecting all women from domestic abuse and violence, it needs to not only adopt the recommendations made by the Home Affairs Select Committee but also develop a holistic rights based policy that ends the current discriminatory approach to the protection of migrant women.”

“We welcome the Home Affair Select Committee’s clear message to the government that the current proposals for the Bill on Domestic Violence are too narrow and risk failing migrant women.

“Migrant women in abusive relationships are currently trapped and further victimised by their immigration status - excluded from financial support which often makes them reliant on their abuser, and threatened with deportation should they seek support from the police.

“Police forces continue to share details of victims with the Home Office for immigration purposes, which is allowing perpetrators to use immigration enforcement as a weapon to control and abuse their victims. This must stop.

‘The government’s Domestic Violence and Abuse Bill will be a sham unless it provides equal protection to all women, including those with insecure migration status. The Home Affair Select Committee recognises this, and we urge the government to act upon their recommendations.”

"The Home Affairs Select Committee recognise that women who've experienced domestic violence should have access to protection and support regardless of their immigration status.

"However there is a clear statutory failure to respond to the needs of migrant women, who have severely restricted routes to safety and support, and are some of the most vulnerable survivors of domestic abuse, facing a greater risk of poverty and destitution.

"The government must use the Domestic Violence and Abuse Bill to bring in measures to address the violence and injustice experienced by migrant women in the UK."