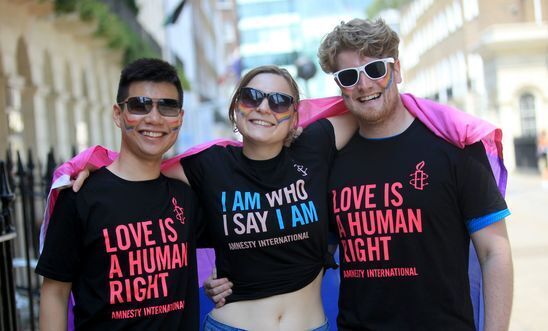 Planned Westminster legislation to ban so-called LGBTI+ conversion therapy must include harmful religious practices, Amnesty International said in response to the Government’s commitment to ban the practice but only after a public consultation.

“Conversion therapy has no place in our society - it is a bogus practice and a clear breach of human rights.

“In recent years, proponents of so-called conversion therapy have tried to hide their anti-LGBTI+ views by representing these practices as being about mental health and religious liberty, often carried out in the context of pastoral care or prayer ministry.

“'Praying the gay away’ is just as unacceptable as any other pseudoscientific approach which tells LGBTI+ people they are ‘sick’ and ‘broken’ and can change their sexual orientation or gender identity.

“We will always defend the rights to religious freedom, but banning harmful practices presents no threat to those of faith.

“We are calling for the Government to introduce a comprehensive ban on this harmful practice and provide support to those who have been subjected to it.”