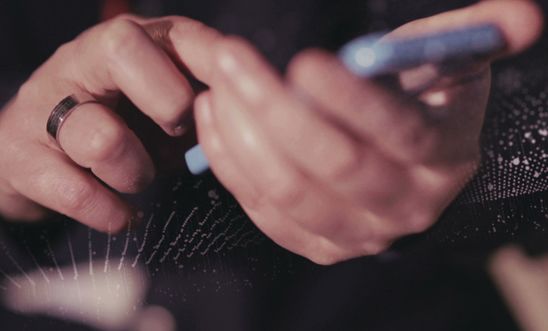 Women’s rights organisations, politicians, celebrities and activists have put pressure on Twitter’s CEO Jack Dorsey to do more to keep women safe from the violence and abuse against women which is rife on the social media platform.

The letter calls out Twitter for its recent claim – broadcast during the Oscars ceremony - to “stand with women around the world” and for its encouraging of women to tweet #HereWeAre. The letter points out the irony in this claim by explaining how in reality Twitter is “a toxic place for many women; a place where too many of us feel unsafe. It’s a place where the trolls are winning and where violence and abuse against women is rife.”

The letter follows the publication of a new Amnesty report last month, which exposed how Twitter is failing to respect women’s rights. An Amnesty survey of more than 1,000 British women found that only 9% of British women think Twitter is doing enough to stop violence and abuse against women.

The human rights organisation has warned the social media company that it must take concrete steps to improve how it identifies, addresses and prevents violence and abuse against women on the platform.

You say you want us to use Twitter to make our voices heard; to join you in saying #HereWeAre. Well, Jack, Here We Are…

We’re exhausted, Jack. We’re tired of powerful men like you claiming to be our allies but not doing what is in their power to stop violence and abuse against women. We want deeds, Jack, not words.

We’re fed up of having to ask for change and action. But here we go again.

This is where we are.  This is what’s really happening on your platform.

Twitter is failing us. It’s a toxic place for many women; a place where too many of us feel unsafe. It’s a place where the trolls are winning and where violence and abuse against women is rife.

Every day on Twitter women are receiving misogynistic abuse and threats of physical and sexual violence.

Online trolls are using your platform to try and belittle, shame, intimidate, harass and silence us.

Our bodies, race, ethnicities, genders, sexualities, disabilities and opinions – our very identities - are the target of violence.

Jack, you’re failing us. You’re not properly enforcing your own rules. Your reporting system isn’t working effectively. You’re not disclosing how many reports of violence and abuse you’re receiving. And you’re not being transparent about how your company is interpreting and responding to these reports.

We’re strong, brave, powerful people. We have the right to speak equally, freely and safely, without fear of attack.

Jack, you have the power and privilege to make real change here and set an example for how social media companies can tackle violence and abuse against women. Use it.

Leomie Anderson, model and founder of LAPP the Brand

Leanne Woods AM, Leader of Plaid Cymru and Assembly Member for the Rhondda

Bee Rowlatt, Chair of the Mary on the Green Campaign

To join the call and tell Twitter’s CEO Jack Dorsey that he must clean up #ToxicTwitter please visit www.amnesty.org.uk/toxictwitter