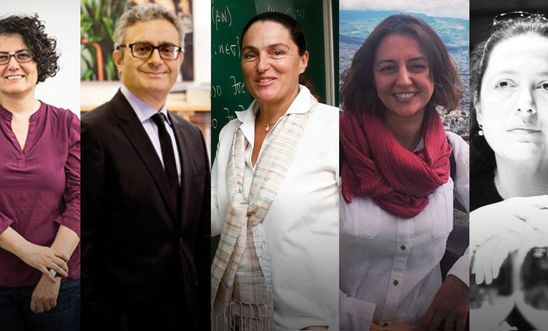 “Osman Kavala and all those detained today must be immediately and unconditionally released, and the crackdown against Turkey’s independent civil society must be brought to an end” - Andrew Gardner

“This latest wave of detentions of academics and activists, on the basis of absurd allegations, shows that the authorities are intent on continuing their brutal crackdown of independent civil society, and shatters any illusion that Turkey is normalising following the lifting of the state of emergency.

“The fact that they have been detained in relation to innocuous activities alleged around the overwhelmingly peaceful ‘Gezi Park’ protests in 2013 shows how desperate Turkish authorities are to crack down on any form of dissent.

“It is telling that the detentions are part of the investigation into the jailed civil society leader, Osman Kavala, who - more than a year after his detention - is yet to be indicted or have evidence of an internationally-recognised crime presented against him.

“Osman Kavala and all those detained today must be immediately and unconditionally released, and the crackdown against Turkey’s independent civil society must be brought to an end.”

Detention orders have reportedly been issued against 20 individuals so far in four Turkish cities in relation to alleged activities around the overwhelmingly peaceful Gezi Park protests that took place across Turkey following the violent police dispersal of a small group of protestors in Istanbul in May 2013. The 13 individuals currently in detention include civil society activists connected to Anadolu Kültür, an organisation led by Osman Kavala, and the Open Society Institute where he was a board member in Turkey.

The allegations against those detained include organising meetings to “deepen and spread” the Gezi Park protests, inviting trainers and moderators on the subjects of “civil disobedience and non-violent activism", carrying out media activities to continue the “Gezi Park process” and activities to stop the export of tear gas to Turkey.