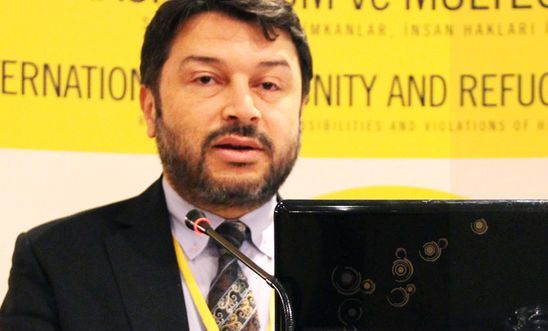 Amnesty International Turkey’s former Chair, Taner Kılıç, has been sentenced to six years and three months in prison for ‘membership of the Fethullah Gülen terrorist organisation’.

“Today, we have borne witness to a travesty of justice of spectacular proportions. The decision of the court is staggering.

“This verdict is a crushing blow not only for Taner, Özlem, İdil and Günal and their families, but for everyone who believes in justice, and human rights activism in Turkey and beyond.

“During 12 court hearings, each and every allegation has been comprehensively exposed as a baseless slur. The court’s verdict defies logic and exposes this three-year trial as the politically-motivated attempt to silence independent voices it was from day one.

“This case has been a litmus test for the Turkish justice system. As such, it is tragic to see the part it has played and continues to play in criminalising the act of standing up for human rights. We will continue to stand with our friends and colleagues as they appeal these shameful verdicts.”