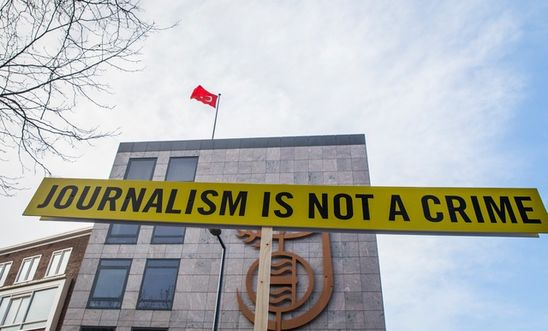 “This scandalous decision is the latest full-frontal assault on the right to freedom of expression in Turkey and signals a deepening of an already restrictive state of censorship.

“In a single ruling, the court in Ankara has blocked scores of web addresses without any justification as to why this is necessary or proportionate. One of those targeted includes Bianet.org, one of the few remaining independent news portals left in Turkey, which has continued fearlessly reporting on human rights abuses throughout the media crackdown.

“This decision should be overturned and the Turkish authorities must end their suffocating crackdown on the ever-shrinking number of independent voices.”

Some of the web addresses listed in the decision are already blocked, such as geziyisavunuyoruz.org, which was reporting on the Gezi Park trial that began last month.

Bianet.org is one of the few remaining independent news outlets in Turkey which has continued reporting on human rights violations. The decision blocks access to the whole website. Bianet.org, which was informed of the court’s 16 July decision today, told Amnesty that it is preparing to lodge an appeal.

The court’s decision is based on the Law on Regulation of Publications on the Internet and Suppression of Crimes Committed by means of Such Publication (widely known as the Internet Law of Turkey – Law No. 5651). It refers to Article 8/A of the law, which allows for the blocking of websites on grounds of protecting the right to life and security of people and property, national security and public order, prevention of crimes or protection of general health, on the request of relevant ministries or the Presidency. However, the decision does not provide any justification over how any of the addresses listed in the decision fall under this provision.