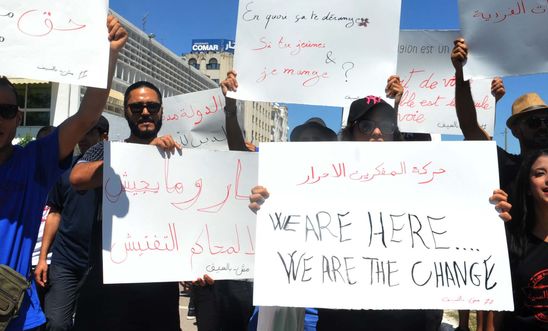 The Tunisian authorities’ jailing of five people on charges of “public indecency” after smoking a cigarette or eating in public during the month of Ramadan is a clear violation of individual freedoms, said Amnesty International.

There are no laws in Tunisia requiring individuals to fast or preventing them from eating publicly during Ramadan. On Sunday, dozens of protesters took to the streets in Tunis to demand their right not to fast during Ramadan.

“Imprisoning someone for smoking a cigarette or eating in public is an absurd violation of an individual’s personal freedoms.

“Failing to conform to religious and social customs is not a criminal offence.

“The Tunisian authorities should not allow vaguely-worded charges to be used to impose harsh sentences on spurious grounds.

“Everyone should have the right to follow their own beliefs in matters of religion and morality.”