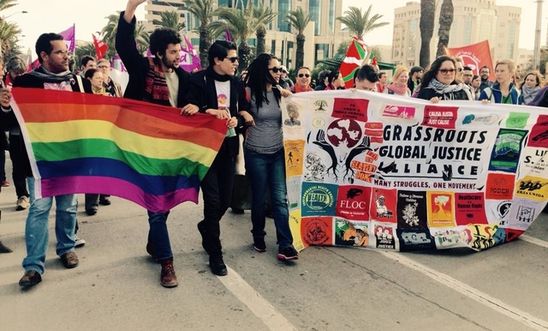 Amnesty International has condemned the Tunisian government’s attempts to shut down a prominent LGBTI organisation for being “contrary” to Tunisian society’s “Arabic and Islamic culture”.

Shams, a local association which defends the rights of LGBTI people in Tunisia, is facing a legal challenge to its work tomorrow.

The Tunisian authorities have launched an appeal to overturn a 2016 court ruling which concluded Shams was not in breach of the law, following previous attempts to shut the organisation down. The authorities appealed this decision on the grounds that Shams’ stated goals contradict Tunisia’s religious principles and culture.

In January 2016, the government’s secretary general filed a complaint against Shams on the grounds that its objectives violate Tunisia’s Law on Associations, leading to a suspension of its activities for 30 days. In February 2016, the Tunis Court of First Instance issued a ruling that Shams was not in breach of the law and lifted the suspension.

However, last month the Tunisian government appealed against the court ruling through a petition from the head of state litigation which states that “the concept of sexual minorities that Shams adopts is illegal and contrary to our religious dictates and our society’s Arabic and Islamic culture”. The petition also accuses Shams of violating a governmental decree by opening a branch in the town of Sousse without following proper legal procedures.

“The Tunisian authorities’ shameful attempts to dissolve Shams are a devastating blow to LGBTI rights in Tunisia.

“Instead of resorting to judicial harassment to silence Shams, Tunisia’s authorities should be working to urgently revise discriminatory laws to bring them in line with international human rights standards. They must start by repealing Article 230 and decriminalising same-sex sexual relations.”

Despite the fact that a draft law to decriminalise same-sex relations was submitted to Tunisia’s parliament last year, LGBTI people continue to suffer persecution at the hands of the authorities. Last year, at least 115 people were arrested in relation to their perceived sexual orientation or gender identity, according to Damj, a Tunisian NGO working on LGBTI rights. At least 38 people were later charged and convicted under Article 230.

Article 230 violates Tunisia’s own constitution, which guarantees the right to freedom of association and equality between all citizens, as well as breaching the country’s international human rights obligations. The impact of this law also creates a permissive atmosphere for hate crimes against people suspected of engaging in same-sex relations. Arresting and detaining someone based on their sexual orientation or gender identity is a violation of their human rights.