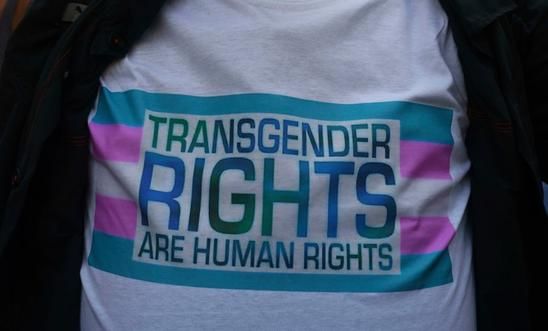 Amnesty International UK has strongly welcomed a unanimous decision today by the TUC to campaign for a reformed Gender Recognition Act on self-declaration and to support the rights of trans people at work and in wider society.

The decision came at the TUC’s Congress in Manchester, with Amnesty hailing it as an “important step forward” for trans people at work and in their communities.

“This is an important step forward for trans people’s rights in the workplace and in wider society.

“It’s absolutely right that unions support a reformed process for legal gender recognition which is de-medicalised and based on self-determination.

“All too often, trans people face discrimination and even violence in the workplace, as well as in society more generally.”

“Trans people face physical and verbal abuse, prejudice and discrimination, marginalisation and misrepresentation. Unions have worked hard in recent years to provide practical support and guidance for reps and trans members, and I know unions’ commitment to this work will continue.”

“Our trans members face a lengthy, humiliating and intrusive process in order to obtain a birth certificate that confirms who they already are.

“Self-declaration provides a process that allows our members to be treated with dignity and respect.

“Equality for trans people doesn’t take away anyone else’s rights. It’s time to put an end to these outdated practices and take a step forward to ensure the rights of all people are protected.”

Today’s debate took place in the context of the Government’s current consultation on the Gender Recognition Act.

For trans people, having their gender legally recognised is crucial in enabling them to live freely, authentically and openly. The current legislation, which dates from 2004, was a ground-breaking step towards trans equality but is now out of date, and the UK is no longer considered a world leader on LGBTI rights, The UK has slipped from third to fourth in the European LGBTI rights rankings in the past year - in part due to a surge in transphobic media coverage.

The current process by which trans people have their gender legally recognised is dehumanising, long and costly. It requires a psychiatric diagnosis, reinforcing the idea that being trans means being ill - an attitude reminiscent of an era when being gay was considered a “curable illness”.

Meanwhile, people who identify as non-binary don’t even have the option to embark on this process given that there’s no recognition of non-binary identity.