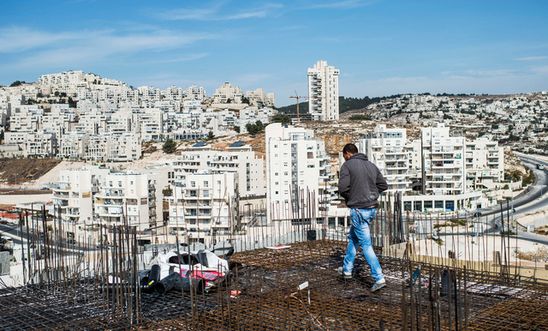 ‘No country in the world recognises Israel’s annexation of East Jerusalem, making the decision to confer US recognition deeply troubling’ - Raed Jarrar

Condemning today’s announcement by the President of the United States, Donald Trump, that the US is recognising unified Jerusalem as Israel’s capital and will move its embassy there, Raed Jarrar, Amnesty International USA’s Middle East Advocacy Director, said:

“This is a reckless and provocative decision by the Trump administration that further undermines the human rights of the Palestinian people and is likely to inflame tensions across the region.

“By recognising unified Jerusalem as the capital of Israel and announcing the relocation of the US embassy from Tel Aviv, President Trump has shown yet again his blatant disregard for international law.

“There is international consensus, including UN Security Council resolutions, on the illegality of Israel’s annexation of East Jerusalem.

“With this move, the United States is violating its own international legal obligations not to recognise or assist an illegal situation and to ensure respect for the Geneva Conventions.

“No country in the world recognises Israel’s annexation of East Jerusalem, making the decision to confer US recognition deeply troubling.

“Not only does this decision contribute to undermining the international rule of law, it also shows a total disregard for mass human rights violations that Palestinians are facing as a result of Israel’s annexation policies.”

The areas of the West Bank, including East Jerusalem that came under Israeli control in 1967 and were included in Israel’s municipal areas for Jerusalem, are universally acknowledged to be occupied territory, where international humanitarian law is applicable. Israel’s illegal annexation of occupied East Jerusalem was formalised in domestic law in 1980. It has been repeatedly condemned by the international community through various UN Security Council resolutions.