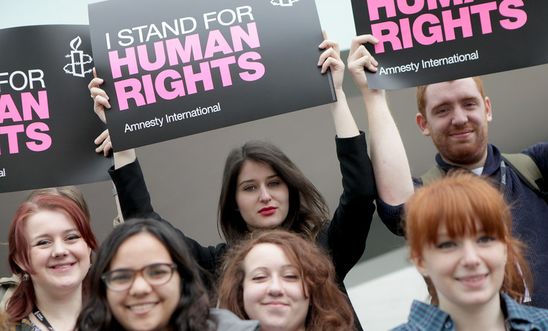 Responding to a speech made by the Home Secretary Theresa May today in which she set out her view that Britain should leave the European Convention on Human Rights, Rachel Logan, Amnesty’s Legal Programme Director, said:

“Mrs May’s proposal to tear away from the European Convention on Human Rights would strike at the very architecture of international protections, and betray the British people who built the convention at the end of the Second World War.

“The Convention has done so much for the rights of the free press, gay people, women, people with disabilities and other ordinary people here and across Europe.

“This absurd hokey-cokey with various Ministers threatening withdrawal whilst others rule it out plays directly into the hands of dictators. It’s music to Kremlin ears.

“People don’t want politicians to pick and choose what rights they get, and who is entitled to them, as our recent polling showed.

“Ordinary people have fought for their hard won rights over generations and we mustn’t let Mrs May strike them through.”

A ComRes poll commissioned by Amnesty International in October, found that the vast majority of British people (67%) think that politicians should not be able to choose which rights they enforce, nor decide who gets them.

Full details of the polling: