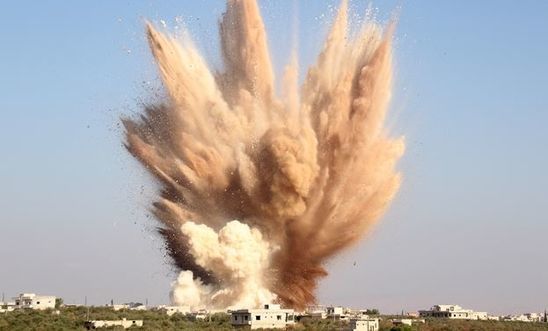 ‘During the offensive on Idlib, the Syrian authorities have repeatedly displayed a callous disregard for the lives of civilians’ - Sherine Tadros

Responding to news that the UN Secretary General António Guterres will establish a “board of inquiry” to investigate attacks that have taken place during the Syrian government’s offensive on the province of Idlib, Sherine Tadros, Head of Amnesty International’s UN Office in New York, said:

“The plans for a UN investigation into attacks targeting hospitals in Idlib - and other buildings clearly identified as civilian objects by the UN - offer hope that perpetrators of war crimes and crimes against humanity, can be identified and held accountable.

“Our research shows that the bombing of medical facilities - which is itself a war crime  - has become part of a pattern by the Syrian authorities to systematically attack the civilian population, which is also a crime against humanity.

“During the offensive on Idlib, the Syrian authorities have repeatedly displayed a callous disregard for the lives of civilians, flagrantly violating international humanitarian law on a regular basis.

“It is crucial that this investigation identifies the perpetrators responsible for these ghastly attacks and establishes whether coordinates supplied by the UN to ensure the protection of medical facilities are being exploited. The investigation’s findings must be made public.

“If evidence emerges from the investigation which may be relevant to future investigations and prosecutions, it must be shared with entities which are able to pursue those individually responsible.”

Yesterday, two-thirds of UN Security Council members - including the USA, UK and France -called on António Guterres to investigate attacks on UN-supported medical facilities in Idlib. In his statement, Guterres announced the investigation will cover destruction of - or damage to - facilities on the deconfliction list and UN-supported facilities in the area since last September.

UN humanitarian chief Mark Lowcock had warned the Security Council that the shelling in Idlib risks creating the worst humanitarian disaster of the 21st century.