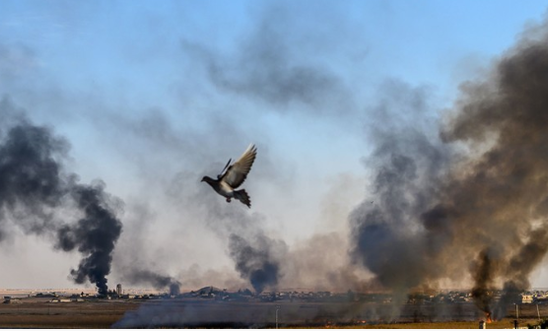 “Hostilities will impact and restrict access to humanitarian aid, pushing the civilian population - which has already suffered years of violence and displacement - to the brink.

“It is vital that Turkish forces in the area respect their obligations under international humanitarian law to minimise the impact of their military operations on civilian populations. Turkey must ensure civilians fleeing the conflict can access safer areas including by crossing the border into Turkey to seek international protection.

“The offensive is being accompanied by a draconian crackdown on dissent and censorship of the media with investigations under anti-terrorism laws and police detention, targeting those criticising the military operation.

“Quashing criticism of Turkey’s military operations and targeting journalists and social media users with threats of detention and criminal prosecutions is unacceptable.

“This crackdown violates Turkey’s obligations under international human right law, and it will not make the brutal realities of the offensive magically disappear.”

The Turkish government said earlier this week that the USA had given them the green light to carry out a military offensive against Kurdish forces to establish a 20 mile-deep border ‘safe zone’ in which it intends to transfer millions of Syrian refugees from Turkey. According to the United Nations, aid is currently being delivered to 700,000 people in northeast Syria, where an estimated 1.7 million people live.

Last year, Amnesty documented indiscriminate attacks committed by the Turkish military and allied armed groups, and to a lesser extent Kurdish forces, in the towns of Afrin and Azaz in northern Aleppo, killing scores of civilians.