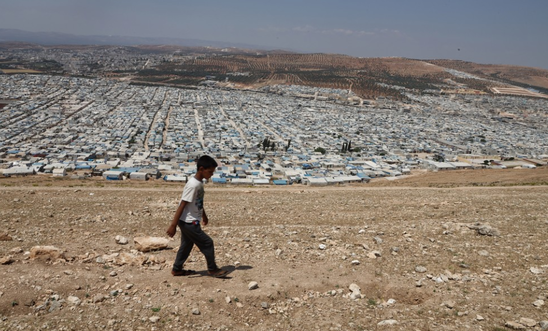 Amnesty International has condemned the actions of Russia and China as “shameful” after the two countries succeeded in watering down a UN Security Council resolution on cross-border aid to Syria.

Earlier today, the Security Council voted to approve a resolution renewing authorisation of the Bab al-Hawa crossing point for the delivery of UN humanitarian aid from Turkey to north-west Syria for a six-month period, with a six-month renewal subject to certain conditions.

Authorisation for Bab al-Hawa - the last operating cross-border crossing point - had been due to expire tomorrow. Two other crossing points - Bab al-Salam and al-Yarubiyah - were closed last year after Russia and China vetoed UN attempts to keep them open.

Several million people - many internally displaced - in north-west Syria are reliant on humanitarian aid, including COVID-19 vaccines, delivered by the UN through the Bab al-Hawa crossing.

Amnesty and numerous other human rights and humanitarian organisations - as well as governments including the US, UK and France - had called for today’s resolution to include authorisation to re-open al-Yarubiyah and Bab al-Salam. However, in response to objections from Russia and China, draft sponsors Ireland and Norway circulated a draft calling for the re-opening of just al-Yarubiyah, in addition to the renewal of Bab al-Hawa.

Following further objections from China - and Russia’s unwillingness to participate in a negotiating session - Ireland and Norway withdrew this draft and proposed a resolution simply renewing the Bab al-Hawa crossing for a year. Even then, Russia tabled a counter-resolution to reduce Bab al-Hawa’s authorisation to just six months. The much-compromised resolution now provides for this six-month retention, with possible renewal for another six months subject to certain conditions, including reporting by the UN Secretary-General.

“This compromise resolution is once again an example of Russia ignoring the humanitarian needs of Syrians, and instead playing political games with the lives and welfare of millions of people.

“By blocking a draft resolution authorising a simple 12-month extension of authorisation for Bab al-Hawa - and blocking a previous version which would have reopened the al-Yarubiyah crossing from Iraq urgently needed for north-east Syria - Russia and China have displayed an utterly shameful disregard for the lives of those who are reliant on humanitarian aid to survive.”