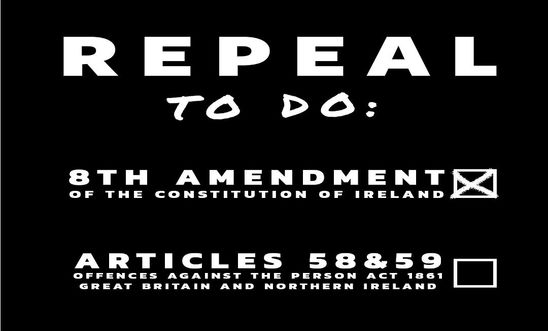 The majority of judges ruled that the country’s abortion law breaches Article 8 of the European Convention on Human Rights (ECHR), by not allowing abortions in cases of sexual crime (rape and incest) and fatal foetal abnormalities. The Supreme Court’s ruling means that the UK Government is in breach of its own human rights commitments by not enabling access to abortion in Northern Ireland.

Amnesty International and women who have been directly impacted by the abortion law intervened in the case, providing evidence that the near total abortion ban is a violation of women’s rights.

“The highest court in the land has ruled that the UK is in breach of its own human rights obligations to women in Northern Ireland who are governed by this draconian law.

“This is hugely significant and makes clear there is nowhere left for the government to hide on this issue.

“All eyes are now on the UK Government. Theresa May can no longer sit back and do nothing whilst countless women continue to suffer on her watch.

“The Prime Minister must commit to reforming abortion law immediately or be complicit in the harm and inequality caused by the existing law. A failure to act would be a cruel betrayal of women.”

Sarah Ewart, a woman who was forced to travel to the UK for an abortion after being told her baby would not survive, intervened alongside Amnesty in the case. Ms Ewart said:

“This feels like a huge relief. Experiencing something as painful as I did and then going through the ordeal of the courts has been emotionally draining. I feel like we’re finally getting somewhere – that people are starting to realise that us women in Northern Ireland are being denied our basic rights. I hope this ruling means that things will change so no more women have to go through what I, and so many others, already have.”

Despite the majority of the judges’ ruling that Northern Ireland’s abortion law is in clear breach of human rights, a formal declaration of incompatibility – the declaration issued by a UK court that a statute is incompatible with the European Convention of Human Rights – could not be made. This is because the court found that the Northern Irish Human Rights Commission (the body that brought the case) did not have the power to bring these proceedings forward, as it was not itself a 'victim' of any unlawful act.

Ordinarily, this finding would have ended the matter, however the judges recognised the compelling evidence and gave their conclusions regardless - the majority set out in strong language the breaches of human rights they had found, which, they felt, 'could not be safely ignored'.

Sarah Ewart, supported by Amnesty, will now be taking this case to the Belfast High Court, seeking the declaration of incompatibility that the Human Rights Commission was unable to obtain.

“Despite the fact that there wasn’t an identified ‘victim’ in this case, the judges felt so strongly that the evidence showed that Northern Ireland’s abortion law breaches women’s rights, that they dispensed with procedure and set out their conclusions anyway. If there’s any testament that we need to get rid of this inhumane abortion ban, it’s that.

“We’ll now finish what we started by taking this to the Belfast High Court to demand it makes the final formal declaration.”

Sarah Ewart said: “I’m not only doing this for me, but for every woman who may find themselves in my situation. We will not accept being forced on planes to access healthcare. What we need is compassion and services in Northern Ireland.”

The majority of judges – five out of seven – ruled in favour that the Northern Ireland abortion law is in breach of women’s rights.

President of the Supreme Court, Lady Hale, said: “There is no evidence that the moral views of the people of Northern Ireland are against allowing abortion in these circumstances. Quite the reverse.”

Lord Manse stated: “the present law clearly needs radical reconsideration. Those responsible for ensuring the compatibility of Northern Irish law, will no doubt recognise and take account of these conclusions…by considering how to amend the law, in the light of the ongoing suffering being caused by it.”

The UK Government must legislate

The UK Government has ultimate responsibility to legislate to reform Northern Ireland’s inhumane abortion laws. Amnesty is calling for the repeal of sections 58 and 59 of the Offences Against the Person Act 1861, which would decriminalise abortion and enable a Human Right compliant healthcare framework to be put in place. Amnesty believes that the forthcoming Domestic Violence Bill is the vehicle to achieve this change.