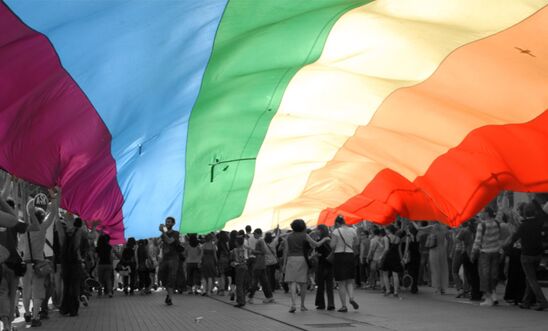 Responding to the introduction of a bill to outlaw discrimination in South Korea, including against LGBTI people, Arnold Fang, Amnesty International’s East Asia Researcher, said:

“A law to effectively protect everybody from discrimination, including LGBTI people, could make South Korea a pioneer in Asia for passing such legislation. This is a welcome initiative which, if followed through, would give hope and safety to many.

“President Moon Jae-in should further efforts to improve human rights in South Korea and support a genuine discussion of this bill, and other proposals to eliminate discrimination for all people.”

The anti-discrimination bill was proposed on 29 June by the Justice Party, joined by a few other lawmakers. This is the seventh time that a bill on anti-discrimination has been submitted to the National Assembly, but the first such attempt since 2006. In past attempts, the inclusion of provisions outlawing LGBTI-discrimination was especially contentious.

On 8 July, the ruling Democratic Party indicated that it may submit a similar bill on anti-discrimination. In South Korea, different political parties may prepare bills on the same issue when the discussion is not initiated by the administration. They then compromised on a final version, which could be passed by a majority in the National Assembly.

The submission of the bill builds on momentum for such legislation in other countries in Asia. A bill focusing on the discrimination against LGBTI people is being discussed in Japan, while Taiwan legalized same-sex marriage in 2019.

Discrimination against LGBTI people in South Korea continues to exist in various forms. Consensual same-sex activity between adults continues to be criminalised in the military, even though it is not outlawed for the general public. Almost all men undergo military service, spending at least 21 months in an environment where stigmatisation or even violence against LGBTI people is institutionalised.

Some governments have used the coronavirus pandemic as justification to crack down on LGBTI people, and pass measures that severely infringe on their rights or stigmatise them.

Under international human rights law and standards, governments have a responsibility to respect and protect LGBTI people. This includes the adoption of policies and laws preventing discrimination against them.