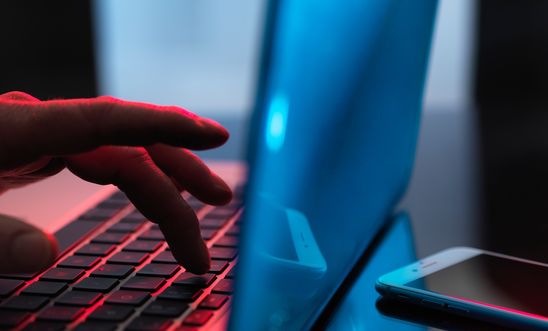 The Singaporean authorities must drop plans to enact a ‘fake news’ law that would dramatically curtail freedom of expression in the country and beyond, Amnesty International said today.

With Singapore’s parliament beginning a new session on Monday (May 6), parliamentarians are currently debating the Protection of Online Falsehoods and Manipulation Bill and it may be passed imminently. The government introduced the text last month to “protect society from damage by online falsehoods created by ‘malicious actors’.”

“This bill would give the Singapore authorities unchecked powers to clamp down on online views of which it disapproves.

“Given Singapore’s notorious record of censoring criticism of the government and the ruling party on elaborate but ultimately hollow legal grounds, Singaporeans have every reason to fear that this law is designed to gag online expression once and for all.

“It criminalises free speech and allows the government almost unfettered power to censor dissent. It doesn’t even provide any real definition of what is true or false or, even more worrying, ‘misleading’.”

The Protection of Online Falsehoods and Manipulation Bill provides for severe criminal penalties including up to 10 years’ imprisonment for anyone found guilty of breaking the law. It also requires social media companies, such as Facebook or Twitter, to remove content or display prominent corrections at the government’s direction on their platforms, or face fines of up to SGD 1,000,000 (£550,000 approximately).

Facebook is currently building its first Asian data centre in Singapore in a billion-pound investment.

“This law would give Singapore overwhelming leverage over the likes of Facebook and Twitter to remove whatever the government determines is ‘misleading’.

“This is an alarming scenario. While tech firms must take all steps to make digital spaces safe for everyone, this does not provide governments an excuse to interfere with freedom of expression – or rule over the news feed.”

The draft law is part of a long-running campaign by the Singaporean government to clamp down on peaceful government critics through repeated restrictions on the media and criminal indictments against activists, among other measures.

In the lead-up to this draft law, a parliamentary Select Committee held hearings last year on ‘online falsehoods’. The sessions were marred by baseless criticism of civil society activists, and the forced removal of Han Hui Hui, a human rights defender and political activist, during a hearing on 29 March last year.

She was forcibly evicted from the public gallery for holding up the cover of a book titled ‘Authoritarian Rule of Law, Legislation, Discourse and Legitimacy in Singapore’.

Other human rights defenders, including Jolovan Wham, a well-known activist, have also been the repeated target of repressive laws. In March this yearac, he was charged with ‘illegal assembly’ for posing for a photo in front of a court building.

“Singapore already has a woeful track record of treating peaceful critics like criminals.

“With this alarming bill, the government will be able to further police the online platforms that so many Singaporeans use. It must be withdrawn.”