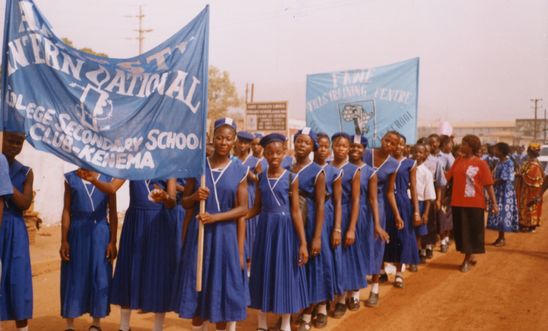 Groundbreaking ruling could have significant impact across continent

A ban on pregnant girls from sitting exams and attending mainstream school in Sierra Leone has been found to be unlawful, and in breach of the African Charter on Human and Peoples’ rights and international law.

“Today’s ruling is a landmark moment for the thousands of girls who have been excluded from school, and whose right to access education without discrimination has been violated for the past four years because of this inherently discriminatory ban.

“It is also a glimmer of hope for all those girls, who if pregnant in the future, will not be punished by being forced to leave school and not being able to sit exams.

“This delivers a clear message to other African governments who have similar bans, such as Tanzania and Equatorial Guinea, or may be contemplating them, that they should follow this groundbreaking ruling and take steps to allow pregnant girls access to education in line with their own human rights obligations.

“Authorities in Sierra Leone must now implement this judgment without delay.”

In a ruling handed down today by the regional Economic Community of West African States’ (ECOWAS) Court of Justice in Nigeria, the Court found that the 2015 policy barring pregnant schoolgirls from attending mainstream schools amounted to discrimination against pregnant school girls in Sierra Leone, and breached provisions of the African Charter on Human and Peoples’ rights and other international law instruments to which Sierra Leone is a party. It ordered the policy to be revoked with immediate effect.

The case was filed by Sierra Leonean NGO, WAVES, in partnership with Equality Now and IHRDA, on 17 May 2017. In June 2019, Amnesty International intervened as a “friend of the court”.

The organisation has documented how the ban, imposed in 2015 by the then Minister of Education following the Ebola crisis, put the rights of thousands of girls under threat. It is not clear how many girls have been affected by the ban. Official figures suggest 3,000 girls affected, but experts indicate that the true figure is far higher.