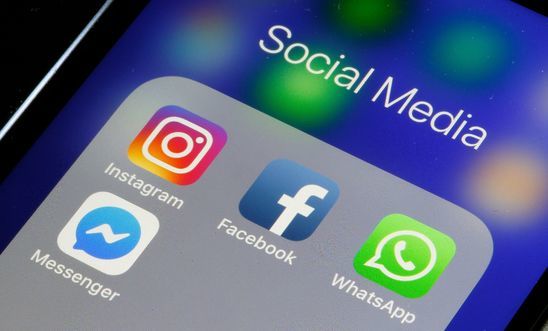 Seven in ten people (73%) want governments to do more to regulate Big Tech companies amid concerns with how their personal data is being used, a new Amnesty International poll has revealed.

People worried about the collection of their personal data are most concerned with the violation of their right to privacy (62%), and the loss of control over their data (59%).

Of those who said they are worried, almost a third (32%) fear their data could be used by state authorities to target them.

Using data to create detailed profiles of people for the purpose of selling targeted advertising is seen as a major problem by nearly eight in ten people (77%). When asked to explain why, six in ten said (59%) it was an invasion of privacy.

More than half (53%) are concerned people could be unfairly influenced with political advertising without their knowledge. Nearly half (48%) also felt that advertisers would target people when they are at their most vulnerable.

“The poll results are stark and consistent - a clear majority of people are worried about the power Big Tech has over their lives. People are hankering for governments to do more to regulate these corporate giants.

“The results are a damning indictment of how Big Tech companies harvest and use our personal data. People want to see an end to tech companies trampling over our right to privacy.

“Governments need to take action on the manipulation of targeted online political advertising. Our poll shows that people simply don’t trust Big Tech to determine the terms of political debate.”

The poll, conducted by YouGov, asked nearly 10,000 people for their opinions on online privacy across nine countries: Brazil, Denmark, Egypt, France, Germany, India, Norway, South Africa and the US.

Almost half of those polled (49%) are more cautious about how they share their personal information online. Over a third (37%) avoid certain search terms or web pages because they are concerned about tracking, while the same percentage of people (37%) elected not to use a platform because of data privacy concerns. This shows that online corporate surveillance is having a chilling on people’s ability to access the digital world. Nearly a third (32%) use tools to limit online tracking.

The results of the poll reinforce Amnesty’s analysis that the core business-model of Facebook and Google poses a systemic threat to human rights. Last month, Amnesty released an reportshowing how the surveillance-based business model of the two tech giants is incompatible with every element of the right to privacy.

This includes freedom from intrusion into our private lives, the right to control information about ourselves, and the right to a space in which we can freely express our identities. It also showed how the business model poses a threat to a range of other rights including freedom of opinion, freedom of thought, and the right to equality and non-discrimination.

Amnesty is calling on governments to overhaul the surveillance-based business model, and protect people from corporate human rights abuses. As a first step, governments must enact and enforce laws that prevent companies from making access to their services conditional on individuals “consenting” to the collection, processing or sharing of their personal data for marketing or advertising.