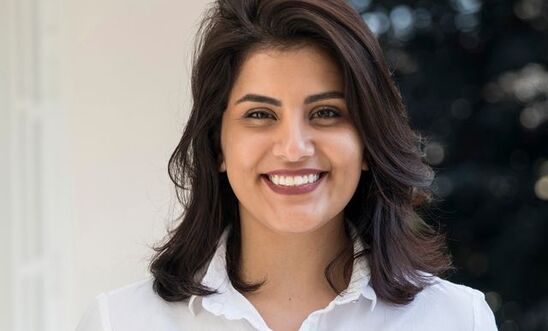 “Loujain al-Hathloul’s release after a harrowing ordeal in prison in Saudi Arabia - lasting nearly three years - is an incredible relief, but long overdue.

“Nothing can make up for the cruel treatment she has suffered, nor the injustice of her imprisonment.

“During her time in prison she was tortured and sexually harassed, held in solitary confinement and was denied access to her family for months at a time.

“Saudi Arabia’s authorities must ensure those responsible for her torture and other ill-treatment are brought to justice. They must also ensure she is not subjected to any further punitive measures such as a travel ban.

“Loujain al-Hathloul should never have been forced to spend a single second behind bars. She has been vindictively punished for bravely defending women’s rights in Saudi Arabia, and for exercising her right to freedom of expression.”

Loujain’s sister Lina, who has mounted a high-profile campaign on behalf of her jailed sibling, tweeted news of Loujain’s release earlier this afternoon, sharing a photograph with the message “at home after 1001 days in jail”.

On 28 December 2020, Loujain al-Hathloul was sentenced to five years and eight months in prison - suspended by two years and ten months - by Saudi Arabia’s notoriously-unfair Specialised Criminal Court. She had been charged with “spying with foreign parties”, and “conspiring against the kingdom” for promoting women’s rights and calling for the end of the male guardianship system” in Saudi Arabia.

Amnesty is calling on the Saudi Arabian authorities to immediately and unconditionally release all human rights defenders and prisoners of conscience detained solely for demanding reforms and defending basic rights. Those imprisoned include Mohammed al-Bajadi, founding member of the Saudi Civil and Political Rights Association, a prominent human rights defender; and Salman al-Awda, a reformist cleric who faces a death sentence for expressing his opinion in a tweet.