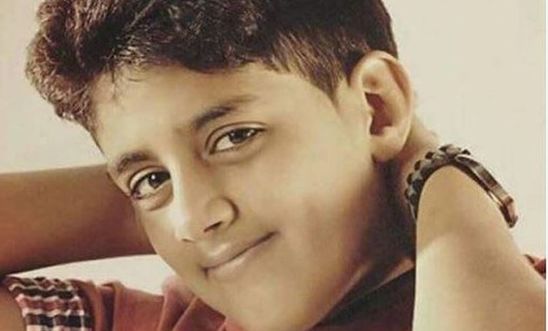 Amnesty International is calling for the Saudi Arabian authorities to rule out the use of the death penalty against a teenager arrested at the age of 13 for participating in anti-government protests.

CNN this week revealed he was facing the death penalty and published video footage showing Murtaja Qureiris participating in bike protests in Saudi Arabia’s Eastern Province as a young boy in 2011.

Amnesty has confirmed that Saudi Arabia’s Public Prosecution sought the death penalty for Murtaja Qureiris last August for a series of offences, some of which date back to when the teenager was just ten years old.

Qureiris, now aged 18, was arrested in September 2014 and detained in a juvenile detention centre in al-Dammam city. He was held in solitary confinement for a month, and subjected to beatings and intimidation during his interrogation. His interrogators promised to release him if he confessed to charges against him. In May 2017, he was moved to al-Mabaheth prison in al-Dammam, an adult facility, even though he was still only 16.

Throughout his detention, Qureiris was denied access to a lawyer until after his first court session in August 2018. This was held at the country’s notorious Specialised Criminal Court, an anti-terrorism court set up in 2008 and increasingly used for cases involving human rights activists and protesters.

The charges against Murtaja Qureiris include participating in anti-government protests, attending the funeral of his brother Ali Qureiris who was killed in a protest in 2011, joining a “terrorist organisation,” throwing Molotov cocktails at a police station, and firing at security forces. He is currently awaiting his next trial session.

“It is appalling that Murtaja Qureiris is facing execution for offences that include taking part in protests while he was just ten years old.

“The Saudi Arabian authorities have a chilling track record of using the death penalty as a weapon to crush political dissent and punish anti-government protesters - including children - from the country’s persecuted Shi’a minority.

“Instead of stepping up their use of the death penalty to silence critics.

“There should be no doubt that the Saudi Arabian authorities are ready to go to any length to crack down on dissent against their own citizens, including by resorting to the death penalty for men who were merely boys at the time of their arrest.”

Persecution of Shi’as in the Eastern Province

Since 2011, the authorities have cracked down on successive waves of protests by the Shi’a minority in the country’s Eastern Province.

In April this year, Amnesty confirmed the execution of Abdulkareem al-Hawaj, a young Shi’a man arrested aged 16 and convicted of offences related to his involvement in anti-government protests. He was among 37 men put to death in one day as part of a gruesome execution spree. Three other Shi’a men - Ali al-Nimr, Abdullah al-Zaher and Dawood al-Marhoon, who were arrested in 2012 aged 17, 16 and 17 respectively in connection with their involvement in anti-government protests - are at risk of being executed at any time.

Since 2014, more than 100 Shi’a Saudis have been tried before the Specialised Criminal Court on vague and wide-ranging charges arising from their opposition to the government, including peaceful criticism of the authorities. Amnesty has documented that a number of these have involved grossly unfair trials, with defendants convicted and - in many cases - sentenced to death on vague charges that criminalise peaceful opposition, and on the basis of “confessions” extracted through torture or other coercive means.