Rwanda: Paul Rusesabagina must be guaranteed a fair trial 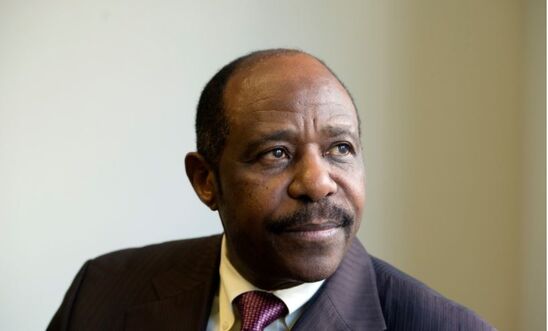 Various ‘red flags’ over lack of due process

Paul Rusesabagina - a Rwandan political activist best known internationally as the manager of a hotel in Kigali where more than 1,200 people sought refuge during the 1994 genocide - must be guaranteed his right to a fair trial, said Amnesty International, as he attended a pre-trial hearing today after a still-unexplained appearance in the country at the end of last month.

Rusesabagina, who gained international recognition following the release of the Don Cheadle and Sophie Okonedo film “Hotel Rwanda” in 2004, has been involved in opposition politics outside of Rwanda for many years, and has been critical of the ruling Rwanda Patriotic Front government’s record.

The Rwandan authorities have so far refused to explain the circumstances of Rusesabagina’s transfer to Rwanda from the United Arab Emirates in late August.

An official from the UAE has been reported saying Rusesabagina left Dubai legally on a private jet, denying that the Emirati authorities had any involvement in his arrest.

President Paul Kagame, while denying that Rusesabagina had been abducted, hinted on national television on 6 September that Rusesabagina - a Belgian national and US resident - had been tricked into returning to Rwanda, saying that “he got here on the basis of what he believed and wanted to do. It’s like you’re calling a number when you want to get in touch with somebody and you find you have dialled a wrong number - that’s how it happened. There was no kidnap. It was actually flawless.”

The Rwanda Investigation Bureau has been investigating Rusesabagina in relation to various serious alleged offences - including terrorism, arson, kidnap and murder - in 2018.

Rusesabagina is reported to have chosen a defence lawyer from a list provided by the Rwanda Bar Association. His family have also put together a legal team including another Rwandan lawyer, who has been denied access to Rusesabagina, and five other lawyers based overseas. Rusesabagina was allowed a phone call to his family on 8 September, but they told Amnesty that he could not speak freely.

Amnesty has documented numerous violations of fair trial rights in previous cases involving opponents and critics of the Rwandan government.

“The lack of transparency around the arrest of Paul Rusesabagina and reports that he has been denied access to the lawyer hired by his family are red flags that cannot be ignored as the authorities prepare for his trial.

“The authorities must come clean on the circumstances of his arrest, and exactly what transpired between Thursday 27 August when he spoke to his family after arriving in Dubai, and Monday 31 August, when he was paraded in front of the media in Kigali.

“Assuming he was in detention during this time and the Rwandan authorities concealed information on his whereabouts, this amounts to an enforced disappearance.

“Rusesabagina has a right to legal counsel of his own choosing. He should be allowed to meet privately with the legal counsel appointed by his family so that he can make an informed decision on his defence team.”

Paul Rusesabagina founded the PDR-Ihumure political party in 2006. He is currently president of the Rwanda Movement for Democratic Change, a coalition of opposition groups including PDR-Ihumure, whose armed wing, the National Liberation Forces, claimed responsibility for armed attacks inside Rwanda in 2018. Rusesabagina has publicly pledged his unreserved support to the National Liberation Forces.

Callixte Nsabimana, the National Liberation Forces’ former spokesperson, was arrested in 2019 and is currently on trial on charges including the formation of an illegal militia group, taking part in terrorist activities, killing, kidnapping, and denying and undermining the genocide.