Russia: YouTuber convicted of blasphemy for playing Pokémon Go in a church 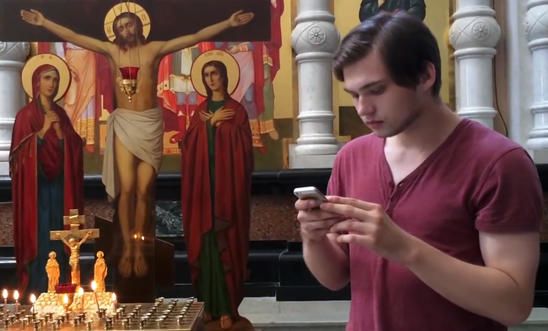 Russian authorities have made another blatant assault on freedom of expression in a show trial against blogger Ruslan Sokolovsky, Amnesty International said today.

A court in Yekaterinburg today gave the 22-year-old blogger a three-and-a-half year suspended prison sentence for “inciting hatred” and “offending believers’ feelings” in a blatant misuse of the criminal justice system. He was arrested in September 2016 for playing Pokémon Go in a cathedral in Yekaterinburg, in the Urals.

“While some may see Ruslan Sokolovsky’s comments on religion as disparaging, this alone is not enough to convict him. Sokolovsky came to the attention of the authorities only when he publicly challenged absurdly harsh Russian legislation that criminalised offending believers’ feelings.

“With Sokolovsky’s conviction, the Russian authorities send a strong message to anyone who wants to challenge the country’s grotesque ‘blasphemy’ law. Make no mistake, this is neither piety nor a genuine effort to protect the freedom of religion in Russia – especially coming after the authorities only last month banned Jehovah’s Witnesses. This is another assault on freedom of expression.”

The sentencing of Sokolovsky has already resulted in worrying self-censorship by media outlets. The latest example is the TV cable network 2x2, which banned an episode of the popular US cartoon ‘The Simpsons’ which satirized the Pokémon Go church incident.

Ruslan Sokolovsky was arrested under charges of “preventing the realisation of the right to freedom of conscience and religion and incitement of hatred” on 3 September 2016.

His YouTube video, in which he played the game Pokémon Go on his mobile phone in one of the biggest churches in Yekaterinburg, served as a pretext for criminal proceedings. Since then the prosecution trawled through Sokolovsky’s earlier uploaded videos, bringing the total number of incriminating episodes to 17.

Ruslan Sokolovsky has been convicted under Article 148 (violation of the right to freedom of conscience and freedom of religion) and Article 282 (incitement of hatred or enmity and humiliation of human dignity) of the Criminal Code of the Russian Federation.

Article 148 was changed in 2013 with the adoption of a piece of legislation, commonly known as the “blasphemy law”. It was also used to criminalise actions such as the political performance by Pussy Riot punk group in a Russian Orthodox cathedral in Moscow, for which its members were arbitrarily prosecuted and imprisoned for “hooliganism” charges.

Article 282, which was further harshened in 2016, is frequently used to prosecute government critics and other dissenting voices in Russia.