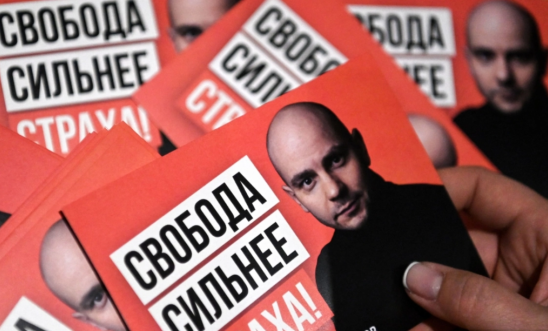 ‘Even if now those who stand for the future are trampled and imprisoned, I know that progress cannot be stopped, changes for the better are inevitable’ - Andrei Pivovarov

‘Andrei should be immediately and unconditionally released’ - Marie Struthers

“Andrei Pivovarov’s unjust prosecution and cruel prison sentence are part of a campaign by Russian authorities to weaponise the Criminal Code against anyone who dares to exercise their right to freedom of expression. Both the verdict today and the criminal article under which it was issued are shameful.

“Andrei should be immediately and unconditionally released. The authorities must also urgently repeal the legislation on ’undesirable organisations’ and ensure people can exercise their right to association without fear of reprisals. This law is clearly not concerned with criminal activity, but with repressing any form of dissent or criticism of the government. It simply should not exist.”

In his final statement in court on 11 July, Andrei Pivovarov, said:

“Even if now those who stand for the future are trampled and imprisoned, I know that progress cannot be stopped, changes for the better are inevitable, and they are not far off. See you in our new, desirable and open Russia. We will pull through!”

The organisation was founded by Kremlin critic Mikhail Khodorkovsky. The charges relate to at least 30 social media posts he shared about the group’s activities.

The crackdown came after the Russian authorities banned the Open Russia in April 2017, which had ceased all work several days before his arrest on 31 May 2021, when he was taken off a flight from Saint Petersburg to Warsaw and put in pre-trial detention.