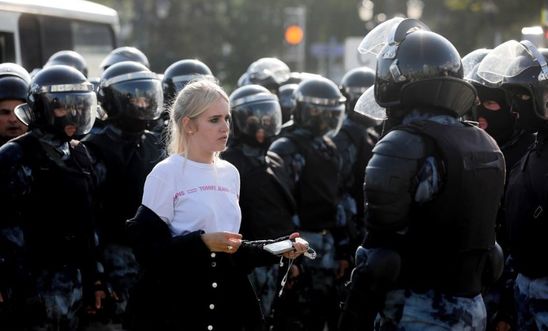 Repressive laws, jailings, beatings by ‘unknown’ assailants, bank account freezes and smears in state media - among a battery of measures used against activists

Since Vladimir Putin’s return to the presidency in 2012, new repressive laws and a battery of hostile actions have had a crippling effect on human rights activists and their work, said Amnesty International in a new report today.

Amnesty’s 26-page report - Unfair Game: Persecution of Human Rights Defenders in Russia Intensifies - outlines a wide range of repressive measures from the Russian authorities in the past seven years which have restricted, obstructed or completely halted human rights work in the country. These include the passing of new repressive laws, the persecution of specific human rights defenders, and condoning attacks on and threats to specific activists.

Russia’s LGBTI activists and human rights defenders in Chechnya are among the most targeted, with numerous vicious attacks recorded in recent years.

For example, Igor Kochetkov from St Petersburg, whose Russian LGBT Network exposed a widely-publicised purge against gay men in Chechnya, received death threats in January this year through a video that circulated widely on social media. To date there is no indication that police have effectively investigated the threats.

Meanwhile, since the head of the Chechen Memorial Human Rights Centre, Oyub Titiev, was imprisoned for drug possession on politically-motivated charges in June, human rights work has become almost impossible in Chechnya - where many activists have abandoned their work and the very few remaining activists operate mostly from remote locations.

“Human rights work in present-day Russia is like navigating a minefield.

“Every day poses a new threat to a human rights defender - whether it’s severe beatings by ‘unknown’ assailants who will never been found, criminal prosecution and imprisonment for a crime that has never been committed, financial starvation through bank account freezes and extortionate fines, or intrusive state media attention targeting close relatives.

“We call on the authorities to end the reprisals and smear campaigns that have become their modus operandi, and to impartially and effectively investigate all crimes committed against human rights defenders.

“They should also repeal the excessively restrictive laws undermining the work of NGOs and abide by Russia’s international human rights obligations to protect those who protect others’ rights.”