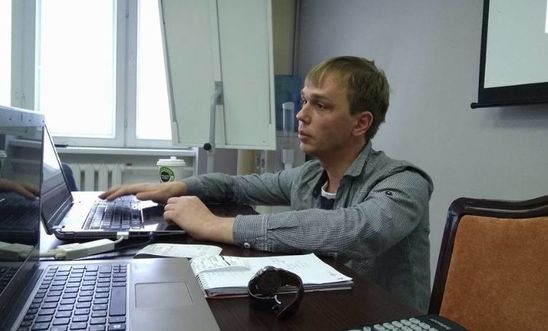 He faces eight years in jail on ‘dubious’ drugs charge

Reacting to news that prominent Russian investigative journalist Ivan Golunov has been charged with drugs possession amid allegations that he was detained incommunicado and beaten in custody, Natalia Zviagina, Amnesty International’s Russia Office Director, said:

“A Russian journalist who has been critical of the authorities is detained by men in plain clothes, denied a meeting with his lawyer, complains of beatings and subsequently looks injured.

“This case is virtually a ‘cut and paste’ of the recent example of outspoken critic and Chechen human rights defender Oyub Titiyev.

“Everything indicates that the authorities are planting drugs on their targets to shut them up with a jail sentence.

“Ivan Golunov is a prominent critic and his investigations into government corruption clearly did not go down well with the authorities. It seems he is now paying the price.

“Golunov’s allegations that he was beaten by police and held incommunicado should be immediately investigated.”

He was detained in Moscow yesterday at around 2.30pm, though police initially said he was detained today. According to his lawyer, he was held incommunicado for 12 hours and repeatedly beaten by police. He is charged with “attempted illegal production, distribution or transfer of drugs”, after an unknown substance was supposedly found in his bag and at his home. If found guilty, he faces eight years in prison.