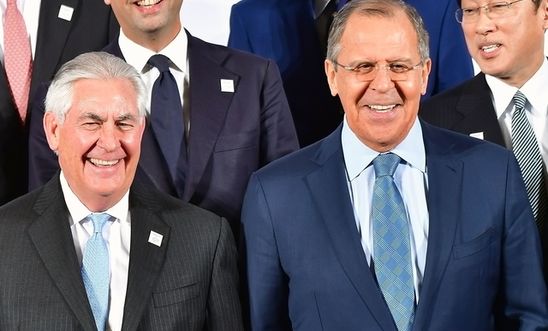 Though recent developments in Syria are set to dominate US Secretary of State Rex Tillerson’s first official visit to Moscow this week, Amnesty International is calling on him to use the opportunity to highlight the dire human rights situation inside Russia.

Secretary Tillerson is due to meet his Russian counterpart Sergei Lavrov for talks later today and tomorrow.

Amnesty pointed out that Russia has recently seen a disturbing new surge in political repression resulting from a raft of laws passed last year which further limit the rights to freedom of expression, association and peaceful assembly.

More than 1,000 peaceful demonstrators were arrested in Moscow alone and hundreds were arrested in other cities on 26 March, following one of the largest protests held in Russia in recent years. Many protesters were fined by the courts or sentenced to several days of administrative detention. At least 14 journalists were arbitrarily detained during the rallies. Police also raided the offices of the Anti-Corruption Foundation, a civil society group, on the same day, and 12 staff members were later put behind bars by a court on spurious charges. At the end of last month, dozens of protesters were also jailed or fined by courts following a nationwide strike by Russian truck drivers.

Meanwhile, according to credible sources, over a hundred purportedly gay men in Russia’s Chechnya region have been rounded up, detained, tortured and even murdered in an apparently coordinated purge-like operation. These alarming abductions and killings follow a similar pattern to enforced disappearances which have been documented in hundreds of cases over the years in Chechnya and other republics in Russia’s North Caucasus. Virtually none of these have been effectively investigated.

More widely, many NGOs right across Russia which have been labelled as “foreign agents” have been facing harassment, and Valentina Cherevatenko, the founder and Chair of the Women of the Don Union, became the first person to be criminally prosecuted for violation of the “foreign agents law”. Meanwhile, following changes to the law last year banning any form of missionary activity outside of specially-designated places, the Ministry of Justice has requested that the national headquarters of the Jehovah's Witnesses, as well as all 395 of their regional organisations, should be declared an “extremist organisation” and shut down.

“Both the USA and Russia must accept their share of the blame for the international community’s failure to broker an end to the bloodbath in Syria, and in particular we urge both governments to use this week’s meeting to work towards an end to the longstanding paralysis of the UN Security Council.

“However, during his visit Secretary Tillerson must also raise the issue of Russia’s wide-ranging denial of human rights at home. The Russian authorities are responsible for a staggering list of human rights violations, from the de facto ban on Jehovah’s Witnesses and the incarceration of peaceful protesters, to the failure to effectively investigate the campaign of abduction, torture and killing of gay men in Chechnya.”

“Secretary Tillerson has already proved reluctant to acknowledge human rights violations by the Russian authorities during his Senate confirmation hearing.”